​Fantasy football is back for the new 2019/20 season and with interest in the game increasing by the year, it promises to be a good one.

Don’t know where to start? Who to take out and who to put in? Who’s the best value?

Fear not people, we have you covered – for Manchester United at least. Because we, the kind folk at 90min, have cobbled together the Red Devils player prices for next season – where we’ll kindly assess whether or not they are worth your fantasy wonga. Let’s begin. David de Gea (£5.5m) – Ah ‘Dave saves,’ where have they gone? The Spaniard endured a pretty torrid season but it is worth remembering the brilliance he has shown on countless occasions. De Gea comes in cheaper than both Alisson and Ederson, so he may just be worth a punt.

Sergio Romero (£5.0m) – Romero is likely to remain cup keeper for this season, meaning he’s probably one to stay away from.

Lee Grant (£5.0m) – Likewise, Grant will not be seeing the first team light this season. Will have even fewer opportunities if Dean Henderson doesn’t stay on with Sheffield United for another year. At least he’s looking forward to pre-season. Aaron Wan-Bissaka (£5.5m) – The new United signing had a stellar season for Crystal Palace. He had made the most tackles of any defender in the league last season (129), and also created 14 goalscoring opportunities, which is not half bad for a right back. Also kept 12 clean sheets at Selhurst Park.

Victor Lindelöf (£5.5m) – Man Utd’s highest point scoring centre-back last season is definitely warming to the task at Old Trafford. Just one goal last season suggests he’s not a major threat at set-pieces, so you’ll be hoping for clean sheets galore if you snap him up.

Chris Smalling (£5.5m) – The Englishman got plenty of game time last season because the club had no other option. Again, just the one goal – and 54 goals conceded for the Red Devils would suggest defending isn’t really a strong point.

Luke Shaw (£5.5m) – Five assists from full-back last season isn’t a bad return, though Shaw will like that number to increase if he continues bombing down the left-hand side.

Ashley Young (£5.5m) – Managed to lose possession 32 times in one match last season, but the captain did bag himself two goals and two assists last season. Won’t be in the team regularly if Wan-Bissaka has his way.

Phil Jones (£5.0m) – Jones scored two goals for United last season, but also put two into the back of his own net. Calamitous for too many reasons to bother spelling out, so we’ll just recommend avoiding.

Diogo Dalot (£5.0m) –  A steep price for a player who won’t start much, but one to watch – particularly if he’s afforded opportunities further up the field by Ole Gunnar Solskjaer.

Eric Bailly (£5.0m) – A liability for fantasy football managers, you never really know what you’re going to get with Bailly. Well, most likely time on the treatment table.

Matteo Darmian (£5.0m) – The Italian’s future appears to lie elsewhere and a grand tally of 14 points last season suggests he may not be the right man for your team.

Marcos Rojo (£5.0m) – A similar kettle of fish to Bailly and his future at the club also appears uncertain. Not one for your notebook. Paul Pogba (£8.5m) – The Frenchman appears to be in a tug-of-war with the club as he tries to (apparently) force his way out. 13 goals and nine assists show he’s a valuable fantasy asset, but you should make a late decision before taking the risk.

Anthony Martial (£7.5m) – Martial achieved a decent points haul of 122 last season – netting ten goals in 27 appearances last season. Has his ups and downs, and can’t be relied upon to be a regular starter.

Jesse Lingard (£6.5m) – Jesse Lingard’s antics off the field probably distract us from the fact he only achieved four goals and two assists last season, which is not something to dance about.

Juan Mata (£6.5m) – No one can dislike the little Spaniard but a points tally of 70 last season was his lowest during his time in the Premier League.

Nemanja Matic (£5.0m) – Swinging arms to the face and passes back towards Ashely Young hardly make Matic the most exciting player. An absolute belter against Crystal Palace last season was all he managed in terms of valuable fantasy contributions. Avoid.

Alexis Sánchez (£7.0m) – The Chilean has been nothing short of an unmitigated disaster since arriving at United. BUT he’s had a HUGE fantasy price drop – which may make him an attractive proposition, given his Copa America form for Chile. Only scored once last season (yep, once), but you never know… 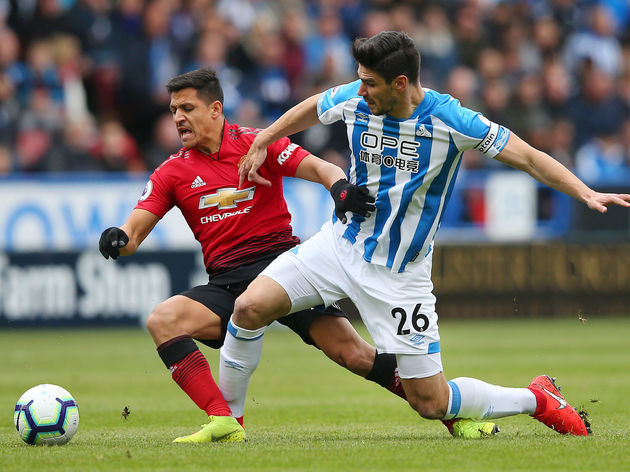 Daniel James (£6.0m) – The 21-year-old has got bags of pace but will take time to adapt following his £15m move from Championship side Swansea.

Fred (£5.5m) – Struggled in his first season at the club, and didn’t really do much. Not a valuable fantasy asset to have by any means.

Scott McTominay (£5.0m) – ‘McSauce’ has warmed to the hearts of the United faithful and he will be hoping to step things up next season. However, doesn’t do much going forward – which is what matters here.

Andreas Pereira (£5.0m) – The Brazilian penned a new four-year deal after finally being given a first-team chance. But he won’t be a regular and, again, doesn’t do enough at the top end of the pitch.

Angel Gomes (£5.0m) – A new squad number could mean a greater role next season, but he’s unlikely to feature much.

Tahith Chong (£4.5m) – Chong will be hoping to scrape some time on the substitutes bench next season as his development continues. Could prove quite popular as a squad player, as he’s one of the cheapest options on the game. Marcus Rashford (£8.5m) – Rashford enjoyed his best points season (128) and may become the main man up top for United. Will be a popular fantasy choice, but must show better consistency if he wants to remain one of the most picked players this season.

Romelu Lukaku (£8.5m) – The Belgium international looks to be heading for the Old Trafford exit door, but you can’t really question his numbers in front of goal. Didn’t have a great 2018/19 season, so it could be cheerio.

Mason Greenwood (£4.5m) – The 17-year-old is expected to get more game time next season, and may be worth a go if you’re looking for the ultimate bargain.

Shilpa Shetty, son Viaan are a picture of devotion at Ram...

#WePlayStrong: Behind the Scenes at the Women's Champions League Final as...