Manchester City manager Pep Guardiola has dismissed claims that teenage prospect Phil Foden could be loaned out in January, describing a possible move as ‘impossible’​.

The 18-year-old delivered a superb performance in City’s 7-0 thrashing of Rotherham in the third round of the FA Cup, capping off a fine display with his first goal at the Etihad. 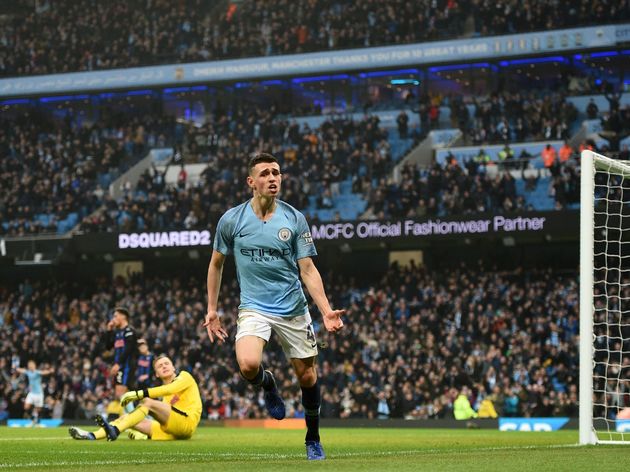 After seeing Foden net his first goal in front of his home supporters, Guardiola was quick to put down any suggestion that a potential loan move away could benefit the England Under-21 international.

The City boss said (as quoted by ​The Independent): “Phil Foden loan? No way, impossible, he is going to stay with us many years.

A lifelong City fan, Foden labelled his goal as a ‘dream come true’, and vowed to keep impressing when given the opportunity to do so.

He said: “The plan was to finish it first time but I was a little bit off balance so I tried to take a touch. So I think it was my knee, so I kneed it in. Luckily it went in. They all count and it’s a dream come true scoring at the Etihad, so I’m buzzing. My Mum and Dad came and I was happy for them to see my first goal.

“You get your games in the cup and any time a young lad gets an opportunity you’ve got to shine and show the manager – that’s what I’m trying to do. I’m getting a lot of games and enjoying it a lot.”

Stat's Not Good: Tottenham Approaching Worst Run Away From Home in...

5 Things You Might Not Know About Manchester United Target Harry...