The defensive midfielder has risen to prominence this season at Benfica, with a number of impressive performances helping to oust fierce rivals Porto from the top of the Premeira Liga table on goal difference. 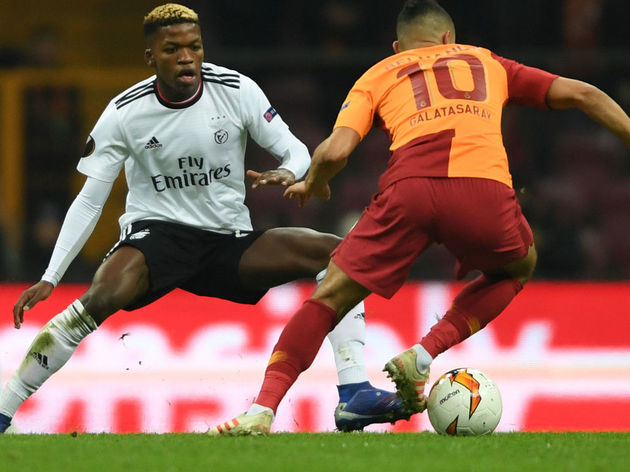 The 19-year-old academy graduate was given his first team debut in February, and scored his professional goal a month later. His performances seem to have caught the eye of title chasing Manchester City, with The Guardian claiming that Pep Guardiola’s side are monitoring his progress amid rival interest from Ligue 1 giants Paris Saint-Germain.

The Parisians are understood to have lodged a bid for Luis, but Benfica remain hopeful that he’ll sign a new deal instead – even though he is already contracted to the club until 2023.

It’s claimed they will look to increase the buy-out clause written in his contract, raising it from €60m to an eye watering €100m.

City have already sent scouts to watch the Lisbon-born youngster, who has represented Portugal at all youth levels, as they look for a long-term successor to Fernandinho, who turns 34 next month. The Brazilian limped out of the 2-0 victory against ​Manchester United on Wednesday night with a knee injury and with uncertainty surrounding the future of fellow midfielder İlkay Gündoğan growing, it’s thought that Guardiola will look to reinforce his squad with further recruits.

The Citizens have already been linked with a move for Atletico Madrid midfielder Rodri, whilst it’s also worth noting that the club tried, and failed, to land both Fred and Jorginho last summer.

They have already secured the signature of one young defensive midfielder, though, with Ante Palaversa joining from Hadjuk Split for £7m in January.

Dortmund Hit Köln for 5 as Erling Haaland Bags a Brace on His Home...

Kepa Arrizabalaga Given 4 Months to Prove Himself & Save Chelsea Career

lokesh1994 - January 24, 2020 0
​Chelsea manager Frank Lampard has given goalkeeper Kepa Arrizabalaga four months to prove himself at Stamford Bridge, before he considers replacing the under-fire Spaniard. Arrizabalaga has...

India Not Making “Adjustments” To Take Back Demonetised Currency: Nepal