Carabao Cup ​holders Manchester City host Burton Albion in the first leg of the semi-final on Wednesdaym in what could prove to be a David vs Goliath encounter.

Pep Guardiola’s City have steadied the ship since losing back-to-back Premier League matches against Crystal Palace and Leicester, winning their last three in all competitions and scoring 12 goals in the process.

City lifted the trophy last season, beating Arsenal 3-0 in the final to record a fifth Carabao Cup success, and will fancy their chances against League One’s Burton Albion having overcome ​Leicester City on penalties in the last round. Remarkably, this will be the first ever meeting between these two sides, with Burton Albion earning their place in the semi-final thanks to their 1-0 away win at Middlesbrough in the previous round.

Nigel Clough’s side go into the game with two wins and two draws from their last four outings as they look to upset the odds yet again with a positive result at the Etihad.

Check out 90min’s preview for Wednesday’s clash below:

Hosts ​Manchester City head into Wednesday’s game with an almost fully fit squad. After the return of ​Kevin de​ Bruyne, City’s only absentees remain backup goalkeeper Claudio Bravo and Benjamin Mendy. The former sustained a knee injury back in mid-November and the left back isn’t due back until next month. 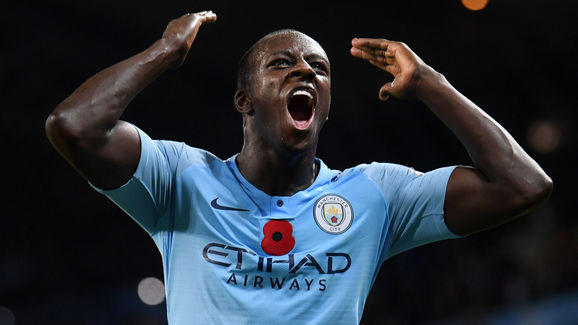 Burton, on the other hand, are sweating on the returns of a number of key players ahead of the showdown at the Etihad. Midfielder Stephen Quinn was forced off after 13 minutes in Burton’s recent 4-0 rout of Rochdale, however is expected to return. Another player who missed the Rochdale clash entirely, John Brayford​, could make his return, while Kyle McFadzean and Marvin Sordell are unlikely to feature.

These two sides have never faced each other in a competitive match prior to Wednesday’s encounter, meaning history will be written at the Etihad.

The Citizens head into their semi-final match on the back of a seven-goal demolition of Rotherham in the third round of the FA Cup on Sunday, meaning they continue firing on all four fronts this season.

In the ​Premier League, the club’s most recent outing saw them secure a vital 2-1 home win over Liverpool, reducing their opponent’s gap at the top of the division to four points.​ Before overcoming the league leaders, City ran out 3-1 winners away at Southampton before losing two on the bounce, in matches against Leicester City and ​Crystal Palace respectively.

Unbeaten in their last four, Burton Albion have risen to ninth place in League One under the tutelage of Nigel Clough. They finished 23rd in the Championship last season and were subsequently relegated, yet are still in the hunt for a play-off place in League One this campaign.

Their 4-0 success over Rochdale most recently was their biggest win of the season and will provide the Brewers with a much needed confidence boost ahead of the clash.

Having brushed aside Championship side Rotherham 7-0 at home in the FA Cup, it seems difficult to imagine City will produce much less against a side one division lower. ​Having found their touch again, it will likely be a case of damage limitation for Burton as Man City could very well brush the floor with their League One opponents on Wednesday. Own-goal aside, all six goals they scored in the FA Cup were by different scorers, indicating a strength in depth that means whatever team Pep Guardiola puts out, will likely be strong enough.

Burton will be hoping to go into the second leg still with an outside chance of progressing, meaning the fewer goals conceded the better as far as they are concerned. Reaching the semi-final is no mean feat, however, this could well be the end of the line for the visitors.

Virat plans the most romantic date on Anushka’s b’day!