Manchester United suffered their first loss under Ole Gunnar Solskjaer as PSG put in a clinical second-half performance to come out 2-0 victors in the first leg of their round of 16 tie in the UEFA Champions League.

Second half strikes from Presnel Kimpembe and Kylian Mbappe gave the French champions two away goals that could turn out to be pivotal within the context of the tie.

Both teams began the game in a nervous manner, with neither side prepared to give the other an inch –  leading to five yellow cards being shown during the first period. The second half burst into life when PSG took the lead eight minutes after the restart. Nemanja Matic switched off at a corner, allowing Presnel Kimpembe to tap the ball home for his first goal in a PSG shirt.

The visitors then doubled their lead on the hour mark, when Kylian Mbappe made a lung-busting run into the six-yard box, allowing him to tap home Angel di Maria’s superb cross. Mbappe could have put the tie to bed shortly afterwards, but David de Gea did well to stand tall and deny Mbappe a second goal.

Check out 90min’s breakdown of the game below.

Ole Gunnar Solskjaer’s reign saw its first bump in the road, with a lacklustre performance from his players condemning ​Manchester United to a first defeat in 2019.

United were impressive in the first half, without creating much in front of goal. However, the tempo of their play dropped significantly following the restart and they were deservedly punished.

What will irk Solskjaer is that the two goals his team conceded were relatively soft. First, Matic abandoned his marking duties at a corner to allow Kimpembe to put PSG in front before the hosts were caught out by a swift counter-attack, and were made to pay by Mbappe. Despite the introduction of Romelu Lukaku, alongside the likes of Paul Pogba, Alexis Sanchez and Juan Mata, the home side were toothless in the final third as they tried to claw their way back into the game having fallen behind.

The Red Devils’ night was summed up when the in-form Pogba was sent off in the closing stages for a late lunge on Dani Alves, meaning United will be without the Frenchman for the second leg of the tie.

As a unit, the Manchester United players were collectively poor. If anyone deserves credit, it is  Nemanja Matic for the way he stifled Julian Draxler by breaking up PSG attacks time and again during the first half. 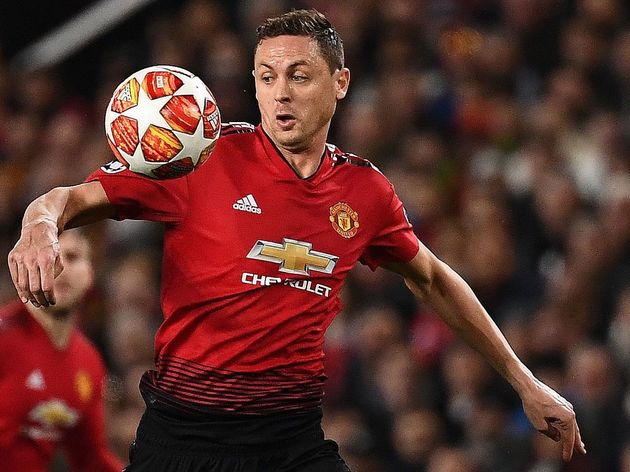 Although he was responsible for the PSG goal, Matic otherwise did well in the middle of the park, ensuring that PSG did not grab a third goal after scoring two so quickly.

The Serbian has played an important role in the heart of midfield under Solskjaer, and the pressure will be on him to produce again following Pogba’s moment of madness that sees him suspended for the return leg.

By virtue of a superb second half showing, PSG earned their first win against an English side in Europe since beating ​Chelsea 2-1 in March 2014.

PSG have kept a clean sheet against an English side in the Champions League for the first time since November 2004 (vs. Chelsea):

They looked timid in the first period, seemingly afraid to take the game to the Red Devils in the fear, but they left any trepidation in the changing rooms as they came out firing after the interval to swing the balance of the tie heavily in their favour thanks to two vital away goals.

With ​Pogba unavailable for the return fixture next month, PSG will fancy their chances of reaching the quarter-finals with a two-goal advantage to take back to Paris.

Marquinhos was excellent for the men from the French capital against United. Tenacious in the tackle and composed in possession, the Brazilian epitomised the guts shown every player in a white shirt at Old Trafford.

Marquinhos’ versatility, which enables him to play in midfield or in the heart of defence, may come in handy for the second leg as the Parisians may look to sit deep and frustrate Manchester United at the Parc des Princes.

Manchester United’s run of big games continues as their next fixture sees them travel to Chelsea on Saturday for a Fifth Round FA Cup tie.

PSG return to action in Ligue 1 on Sunday, with an away game to St. Étienne. The second leg of this European tie takes place on March 6, with an 8pm kick off.