​Manchester United assistant manager Mike Phelan has revealed that the Red Devils will continue to play their new attacking style of football when they face Tottenham Hotspur on Saturday in the Premier League.

Since Ole Gunnar Solskjaer took over as interim manager in December, United have won five games in a row with their latest victory coming in the FA Cup against Reading at Old Trafford.

​The Red Devils‘ revival in recent weeks has seen them score sixteen times whilst they have also improved defensively, conceding just three goals since the arrival of the Norwegian boss. 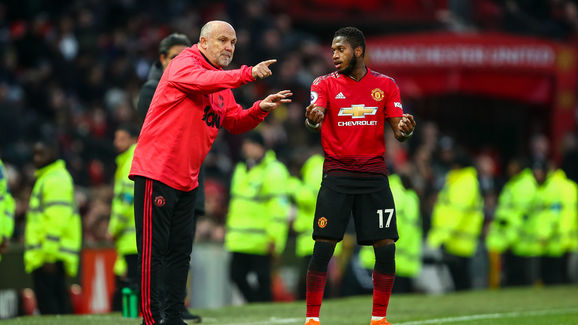 Solskjaer’s United will face their biggest test so far when they head to Wembley Stadium to face ​Spurs who are just six points behind leaders Liverpool in the Premier League.

Mauricio Pochettino’s side won the reverse fixture 3-0 at Old Trafford and have also been in impressive form in recent weeks, winning six of their last seven matches in all competitions.

Speaking to Stadium Astro as reported by the ​Manchester Evening News, Phelan hinted at how United would approach the game against Spurs, declaring: “We’re in a rich vein of form now. What we have asked them to do, the players have done. “There are lots of areas of the game we can improve on. That’s the beauty of it now.

“We can actually analyse the games that we have played and sometimes we have been fantastic going forward and a little bit sloppy defending.

“But the players now know both sides of the coin so we can work on that now and that will be our intention leading up to the Tottenham game because that will be a different test. “I think it’s going to be a great football match and, obviously, Manchester United have to turn up and do what we’re doing, and do more and I think we can do that.”

United’s recent upturn in form has seen them move within three points of fifth-placed Arsenal and six points of fourth-placed ​Chelsea.

Although Solskjaer’s appointment as manager is only temporary, the former striker will be determined to secure a ​Champions League place for his side at the end of the season.