​Manchester United and Ajax have ‘reached an agreement’ over the transfer of Matthijs de Ligt, as the race for one of Europe’s hottest properties continues.

The 19-year-old Ajax captain led his team to the Eredivisie title and Champions League semi-finals last year, earning plaudits all around the world for his leadership abilities, composure in the tackle and all-around play. He’s been the subject one of the most intense transfer pursuits in recent years, with Juventus, Barcelona and Manchester United three of the most prominent clubs linked with a move.

Now, French football expert Julian Laurens has told ESPN FC (via the Daily Star) that United, alongside PSG, have already agreed to meet Ajax’s €70m valuation of the star – which Juventus, favourites to land him, have so far failed to do.

Laurens said: “I think there’s a chance where Ajax will lose a little bit of patience and say ‘hang on a minute, PSG agreed, ​Manchester United agreed,” Laurens said.

“In that case we stop talking to you and De Ligt can choose between the clubs that we actually have an agreement in place.” Juventus are believed to have ‘low-balled’ the Dutch giants with an offer around the €55m mark, which the Amsterdam based club have made clear they won’t accept.

Laurens added that Ajax may not be tired of waiting, and will instead look to conclude a deal with a side willing to match their valuation of De Ligt: “It’s not really in Ajax’s interest to waste a bit more time about De Ligt.”

Ole Gunnar Solskjaer’s side are desperate for a new centre-back after conceding 54 league goals last season, their worst tally in 40 years, finishing sixth as a result – costing them a place in next season’s Champions League. 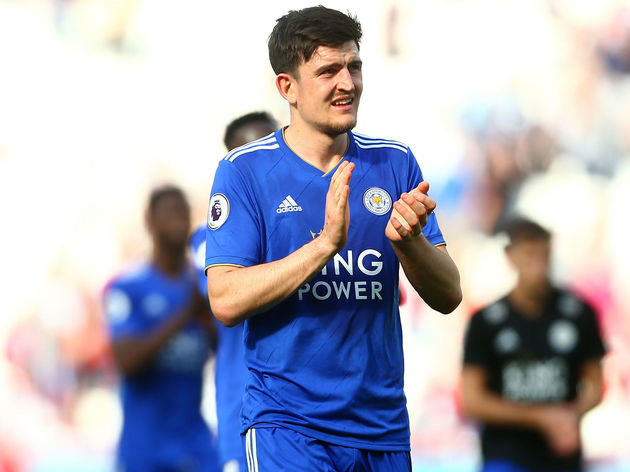 United finished sixth as a result, costing them a place in next season’s Champions League. To rectify the problem, they have already forked out £50m to sign Crystal Palace full-back Aaron Wan-Bissaka and 90min understands the Red Devils are the only ​side prepared to meet Leicester’s lofty valuation of Harr​y Maguire.

Hina Khan is a lucky girl to find 'love and friendship'...

She lost 15 kgs by working out at home!