This derby is like no other. It isn’t just a rivalry based on proximity, instead the impact of money, global stature and trophies among many other things have also contributed.

The two clubs first faced off against one another back in November 1881, although it wasn’t actually Man Utd vs Man City. Instead, St. Mark’s, who would later become known as Ardwick City before eventually changing to Man City, took on Newton Heath, who are now known as Man Utd.

On that occasion, Newton Heath ran out 3-0 winners, but in all honesty, while it was a match that of course both sides wanted to win, it wasn’t a hotly contested rivalry. The pair began to assert their dominance on the Manchester area, with either Ardwick or Newton Heath winning the Manchester Cup every year between 1888-1893.

Both teams were then keen to gain admission to the Football League, and after a few years of failed attempts, Newton Heath and Ardwick were admitted – Newton joining the First Division and Ardwick joining the Second. In 1894, Adrwick became Man City and in 1902, Newton’s name had changed to Manchester United.

City and United met in the First Division in December 1906, with City winning 3-0 – this despite the fact that they were recovering from a financial scandal which saw 17 of their players banned from representing the club. After they served their suspension, four players made the switch to United – but instead of hate, this was seen as a compassionate move. 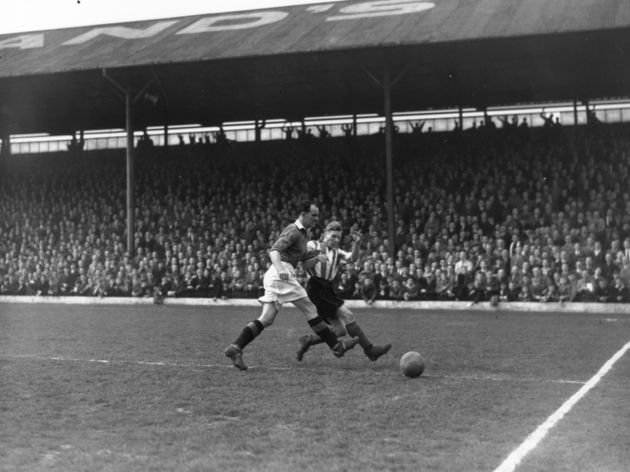 ​United went on to secure their first-ever English league title in 1908, while City had to wait until 1937 before they were able to prevail in the First Division. Of course, the First and Second World Wars had a major impact on the footballing schedule, but after the Second World War, United began a new era with Matt Busby at the helm.

Under his guidance, the Red Devils would go on to finish second in the top flight during the 1947, 1948 and 1949 seasons, while they also won the FA Cup in 1948. And as the rivalry between United and ​City grew stronger, the Red Devils had begun to claim some form of dominance over their local neighbours in the league. The club won its first league title in 41 years in 1952, before going on to win back-to-back titles in 1956 and 1957.

However, City were also enjoying relative success during this time, reaching consecutive FA Cup finals in 1955 and 1956 – the Citizens winning at the second attempt.

In February 1958, however, all rivalries were put aside. ​The Munich Air Disaster resulted in the deaths of 23 of 44 people on board a flight from Belgrade to Manchester that had stopped in Germany for a scheduled refuelling. That plane was carrying Manchester United players, staff, journalists and a photographer. Eight of the 17 players in the travelling squad died, while two more never played football again as a result of the injuries they sustained. The story of the tragedy is well known and after the crash, the footballing world united to support those who had been impacted. Fierce rivals Liverpool and Man City both offered their support to the club.

Of course, a period of transition came as United looked to get back on their feet and recover from the crash. And led by the likes of Bobby Charlton and George Best, United became European Champions for the first time in 1968, while City had recovered from a period in the Second Division to come back and pick up the league title in 1967/68.

The rivalry between the pair heated up during the 1970s, with matches being played at a frantic pace and players getting more and more involved in altercations.

It was a case of who wanted the bragging rights more.

The penultimate match of the 1973/74 season saw City’s Denis Law, a former United player, score the only goal of the game. This, mixed with results from elsewhere, ensured the Red Devils were relegated to the Second Division, although they did bounce back immediately. The 1980s saw City continue to float between the First and Second Division, but they were able to end the decade on a high with a win over their neighbours.

This, however, would be their only win over United for the next 13 years.

Over the years, both clubs had enjoyed success, but the Red Devils had well and truly asserted their dominance during the 1990s, as they went unbeaten in every derby game for the full decade. Things went from bad to worse for City, being relegated in 1996 before astonishingly falling into the third tier two years later.

Fast forwarding to the present day, the Red Devils are the most successful club in the Premier League era, having won 13 league titles under the legendary Sir Alex Ferguson. They also hold the edge in terms of head-to-head, but City have since come back and forged a reputation as the Noisy Neighbours. 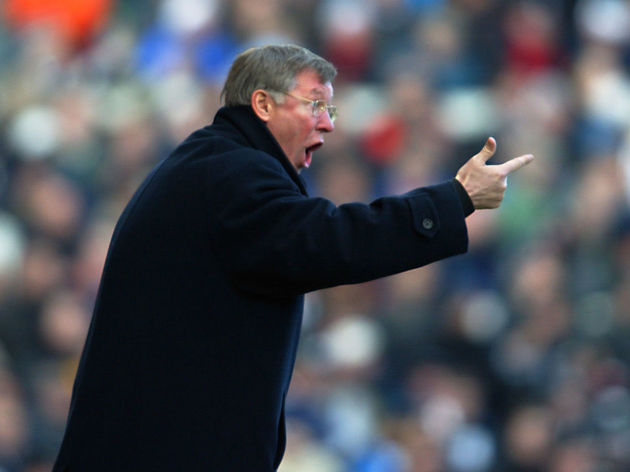 The Citizens won their first ever Premier League title in 2011/12, and have since gone on to claim three more titles.

The Abu Dhabi United Group’s acquisition of City has allowed them to invest heavily in the market, something that has fuelled the rivalry between both clubs. With Pep Guardiola in charge, City have become record breakers and they have the financial backing to build on their success for years to come.

As for United, well, they too have financial power. But the Red Devils are a global brand, with supporters from all over the world. And this only adds to the dislike between the two clubs – the contrasting style, the differing fan bases and the history all fuse together to form a rivalry that rarely disappoints.

Twitter Reacts as Barcelona Close in on Top Spot With Crucial...