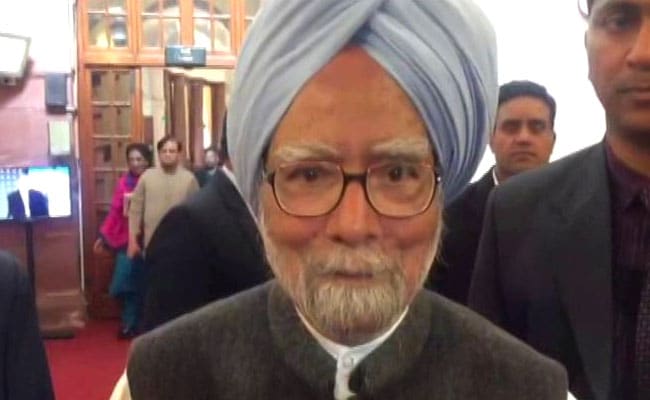 Former prime minister Dr Manmohan Singh said the government’s interim budget, presented today by Union Minister Piyush Goyal, will have implications on the national elections due by May. The government presented a budget with big giveaways to the middle class, small farmers and the rural population in what is being seen as a critical test for Prime Minister Narendra Modi months before the elections.

On being asked about the big income tax gift for the middle class and farmers, Dr Singh, who was the finance minister in the Narasimha Rao government, said, “In these circumstances of the case, concessions to farmers and concessions to middle class will obviously have implications in the election.”

Manmohan Singh is widely recognised for the economic reforms which he announced in 1991 when he was the finance minister. He said the government has not worked out the expenditure in the interim budget.

Those with an annual salary of up to Rs. 5 lakh will not have to pay income tax, Piyush Goyal said while reading out the budget in parliament, after making a series of big announcements. “This is not just an Interim Budget, this is a vehicle for developmental transformation of the nation,” he said.

The government also announced the widely-anticipated scheme in which small farmers will get Rs 6,000 in their bank accounts. “The government has made a historic plan called the PM-Kisan programme. Those small farmers who have less than two acres will get a support of Rs 6,000,” Mr Goyal said. “It will be transferred directly to the bank accounts of farmers in three instalments of Rs 2,000,” he said. He announced an allocation of Rs 75,000 crore for the scheme.

A pension scheme for workers in the unorganised sector with a monthly income of up to Rs 15,000 too was announced. They will have an assured monthly pension of Rs 3,000 after they retire at 60.

The government also decided to hike the gratuity limit from Rs 10 lakh to Rs 20 lakh from the next financial year.

Income tax refunds will be processed within 24 hours and released immediately, the minister said.

Mr Goyal was standing in for Finance Minister Arun Jaitley, who was undergoing is undergoing treatment in the United States.

For the BJP that is seeking a re-election in May, today’s interim budget was the last chance to cover its bases after it lost three major states in last year’s elections to rival Congress.