​Manuel Neuer is set to start against Augsburg in the Bundesliga on Friday, ending fears that he could miss Bayern Munich’s Champions League tie against Liverpool next Tuesday.

Sven Ulreich has deputised for Neuer in Bayern’s last two games against Bayer Leverkusen and Schalke, with the German number one suffering a finger injury which threw his participation at Anfield into doubt.

Manuel Neuer will start against Augsburg. So he will also be back for the Match at Anfield @LFC @SPORTBILD

However, those fears have been alleviated as ​SPORTBILD’s Christian Falk confirmed that ​Neuer would start against Augsburg, giving him the all-clear to face ​Liverpool next week.

Neuer himself said earlier this week that he was confident of being fit for the Liverpool game, telling ​ESPN: “We are all positive. I think I will be between the sticks.”

​Bayern manager Niko Kovac said that the game against Augsburg would help to determine if Neuer would be fit to face Liverpool.

“We’ll see how it goes against Ausgburg with a view to the Liverpool game,” he said, quoted by the Bundesliga’s official website. “We have to take it one step at a time, we can’t take any risks. We don’t want to make things worse. We won’t play him until he says he’s ready and the doctors are happy.”

This will be Neuer’s first Champions League knockout match since 2017, having missed most of last season with a serious injury. Ulreich, his replacement, made a costly error against Real Madrid in the semi-finals. 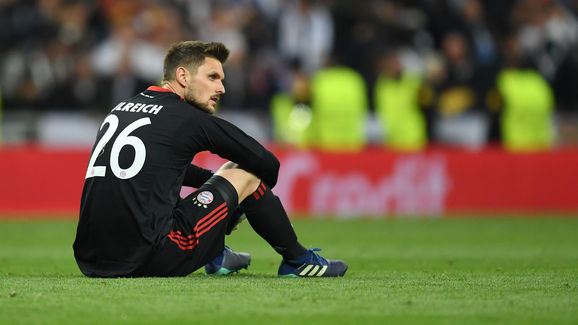 Neuer’s return means that Arjen Robben, Corentin Tolisso and Renato Sanches are the only key players missing for next Tuesday’s last 16 tie.

Liverpool also have some selection concerns, particularly in defence, with Joe Gomez and Dejan Lovren injured and Virgil van Dijk suspended for the first leg.

Rangers Chiefs Give Green Light to Offer Which Could Lead to...