​Manuel Pellegrini admitted he was pleased with West Ham’s ‘big-team mentality’ after delivering a ‘balanced’ performance to beat Arsenal 1-0 in the Premier League on Saturday.

The Hammers stunned Unai Emery’s side with a strong performance at the London Stadium in which the home side were able to impose their attacking quality on the game, whilst successfully stifling the visitors’ plethora of offensive talent.

Pellegrini was also full of praise for match winner Declan Rice after the game. As quoted by the club’s ​official website, the ​West Ham boss said: “We were balanced in attacking and defending and we didn’t allow ​Arsenal to create chances.

“We saw that they had many good attackers – ​Aubameyang, ​Lacazette, ​Ramsey, Iwobi, all of them, players who make a difference – but I think they had once chance at the beginning that Lukasz Fabianski saved.

“The second thing I was pleased with was that we played with the mentality of a big team. From the first minute we tried to score, so I’m happy for that.

“You have to work in the week the same way you play on a Saturday. You can’t think you’re playing Arsenal so you have to play with all your team defending, and then the next week you’re playing the teams who are not so big and you work a different way.

“We always work in the week the same way, we always try to play the same way. Of course with some characteristics and tactical things for the other team, but the principle for us is to improve in the way we play.”

Speaking on Rice, who scored his first Premier League goal for West Ham on Saturday to secure all three points for his side, Pellegrini added: “Declan Rice is improving in every game, maybe first of all I decided for him to be a midfielder because he can play as a centre back too.

“After that, when he was giving solid performances in that position, we tried to help him play a little bit up. 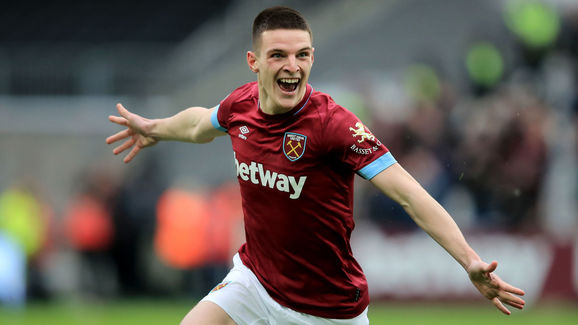 “Today you could see he played a lot of balls in front and not back, and he has a good shot, is good technically and is good on aerial duels so I think we are seeing a complete player.

US national pays over $1 lakh to hunt Pak's national animal