​Arsenal legend Marc Overmars has suggested that Alexis Sanchez could bring an end to his tumultuous time with Manchester United and return to Arsenal in the near future.

Since joining United in January 2018, Sanchez has struggled to impress. He has netted just five goals in 37 appearances, and has often found himself on the bench behind the likes of Anthony Martial and Marcus Rashford. 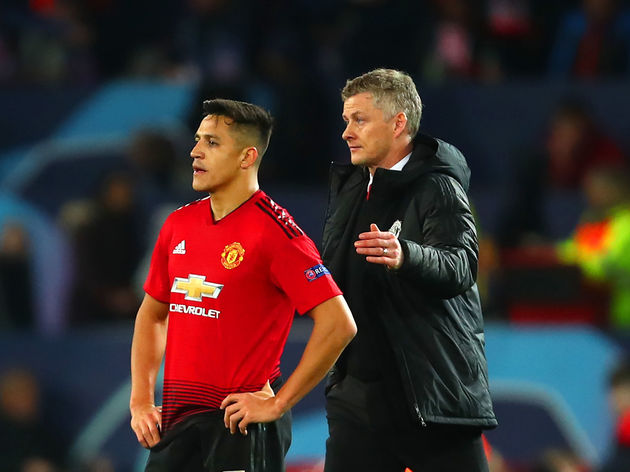 Overmars, speaking to ​ADN Deportes, suggested that ​Arsenal could look to offer ​Sanchez a way out of Old Trafford. He said: “I have great respect for Alexis, because he did extremely well in Arsenal. I do not know if it was a good decision to leave.

“English football changes you, it turns you around, it took me a step forward. Arsene Wenger arrived a year before me, Dennis Bergkamp made a big impression, it was a fantastic time. I think we changed the history of the club a bit.

“These types of players were very important for Arsenal, because they can take you to the next level. After Alexis, Arsenal tried to sign another player like that, but he was not given, so he could go back to Arsenal.” Sanchez joined ​United in a swap deal which saw ​Henrikh Mkhitaryan move to the Emirates Stadium, with both players approaching the end of their contracts at their clubs at the time. The Chilean had been heavily targeted by Pep Guardiola’s ​Manchester City, but opted for the red half of Manchester.

However, after a challenging year at the club, Sanchez finds himself the subject of constant transfer speculation. Overmars’ claims will certainly come as exciting news for Arsenal fans, given that ​Overmars is reportedly on Arsenal’s radar in the search for a new director of football. The Dutch icon, who currently works with Ajax, has been instrumental in recruiting the likes of Frenkie de Jong and Matthijs de Ligt, who have established themselves as two of the world’s most exciting prospects.

He also led the signings of the likes of ​Christian Eriksen, ​Toby Alderweireld and ​Davinson Sanchez, who have all secured moves to ​Tottenham Hotspur after excelling with the Eredivisie side.

Premier League: 3 Things We Learned From Liverpool's 2-1 Win Over...

Mitrovic to Betis Off, Frey Unsure on Leeds & Hull After...

Christian Pulisic Set for Up to 4 Weeks Out After Injury...