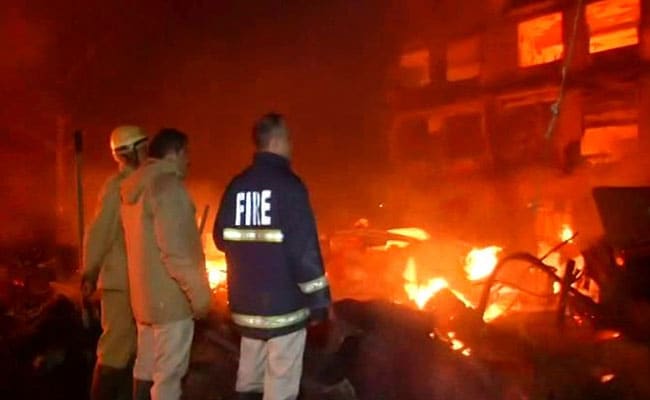 A massive fire broke out at a popular furniture market in west Delhi late last night. The blaze at Kirti Nagar was brought under control hours later, early this morning. No casualties have been reported. However, residents of a huge slum settlement were left in the cold as nearly 100 homes were destroyed.

A large number of furniture pieces have been damaged in the fire, causing losses of lakhs of rupees.

The blaze started at around midnight inside a four-storey building that stores furniture and spread rapidly to a nearby slum. Residents of around 100 houses in the slum have been left homeless after the blaze destroyed their homes. Two people have minor injuries. There are, however, no reports of any serious injuries.

Around 30 fire engines were sent to the accident site to control the fire.

“The fire increased to nearby areas as the fire brigade team had trouble in reaching to the site. However, it acted very swiftly after reaching here and it was their coordinated effort which prevented the fire from engulfing more buildings,” an eyewitnesses told news agency ANI.

The reason behind the blaze is yet to be found out.