The 25-year-old has been in sensational form of late, completely transforming his play under caretaker boss Ole Gunnar Solskjær, scoring six goals and providing five assists since the former United player took charge. However, had Mourinho not been given his marching orders, Pogba could well have left Old Trafford to escape his most outspoken critic. 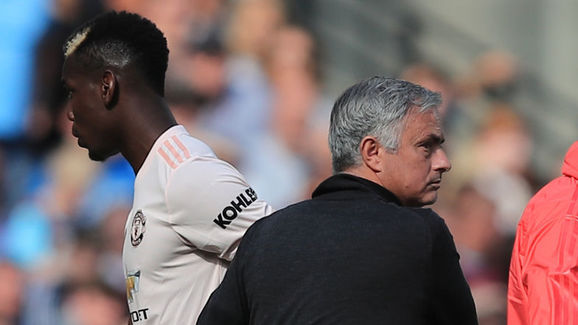 Speaking to Telefoot, via the ​M​irror, ​Pogba‘s older brother said: “Of course. It comes into your mind (leaving the club). But today he is where he is. He was under contract so he had to grit his teeth and keep working.”

A hefty proportion of United fans were delighted to see the former ​Chelsea boss sacked before Christmas, with the side going from mid-table mediocrity to Champions League qualification contenders in less than two months. Pogba’s improvement has been integral to this turnaround, with his energetic midfield displays catalysing United’s exciting displays.

Pogba began his career with United, but failed to have his prodigious talent noticed by Alex Ferguson, leaving the club on a free transfer in 2012 to join ​Juventus. The mercurial midfielder’s career took off with the Turin giants, and he won four consecutive ​Serie A titles before being recaptured by the Red Devils for €105m back in 2016.

Meanwhile, ​United striker Marcus Rashford is believed to be in talks with the club over a new £150k-per-week contract. The 21-year-old has flourished since being allowed to play through the middle under Solskjær, scoring six goals in ten matches. The club now appear to be ready to double his wages, in an effort to ward away interest from other elite sides.