With United trailing to Bayern Munich in the dying embers of the match, a 91st-minute strike from Teddy Sheringham brought the score level at 1-1. However, just two minutes later, Solskjaer, who is currently the interim boss of the Red Devils, managed to net a dramatic late winner in one of the most memorable moments in the club’s storied history. 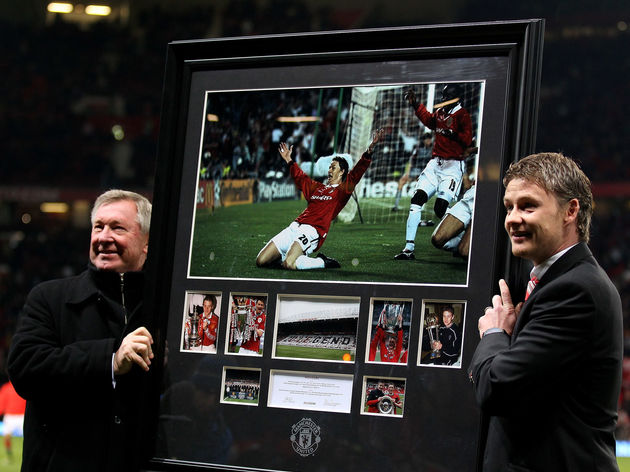 Ahead of Sunday’s clash between ​Tottenham and ​United, Pochettino admitted that he is looking forward to facing Solskjaer once again, with the two having previously met during Solskjaer’s time with ​Cardiff City.

He is quoted by the ​Manchester Evening News as saying: “I have good memories of him also because I remember when he scored after 90 minutes, I was there at the Camp Nou with my goalkeeper coach in 1999, and I remember him scoring the second goal in injury time.

“I shouted the goal for Manchester United because it was unbelievable, we were neutral and watching a fantastic game. So of course I have good memories of him.

“You look now and we will meet at Wembley and I was shouting a goal he scored for Manchester United and now we are going to play them.”

Pochettino has been heavily linked with the managerial job at Old Trafford for many years, and that speculation intensified when Jose Mourinho was relieved of his duties in December. Solskjaer was handed control of the team until the end of the season, but Pochettino is a heavy favourite to take over from Solskjaer next summer.

When asked if he thought this situation would give Solskjaer more motivation on Sunday, Pochettino replied: “Motivation is going to be there and then of course when you are a manager you can’t be focused on rumours the most important thing is the motivation we have to do. “We have to do our job in our best way, of course United are going to come and try to win of course and the motivation is to win because we are so competitive and people that love to win and hate to lose and always when you play you want to play and no one wants to lose.”