Tottenham manager ​Mauricio Pochettino has admitted that he didn’t like the use of the Video Assistant Referee (VAR) in Tottenham’s EFL semi-final first leg victory over Chelsea on Tuesday night, despite the fact that the technology benefitted his team.

Spurs captain Harry Kane scored a 26th-minute penalty in the ​only goal of the game at Wembley to give Pochettino’s side a slight advantage going into the second leg.

Kane was brought down by ​Chelsea keeper Kepa Arrizabalaga, after initially being flagged for offside. However, after referee Michael Oliver consulted VAR, the penalty was awarded much to the chagrin of Blues boss Maurizio Sarri who later disputed the reversal of the decision. 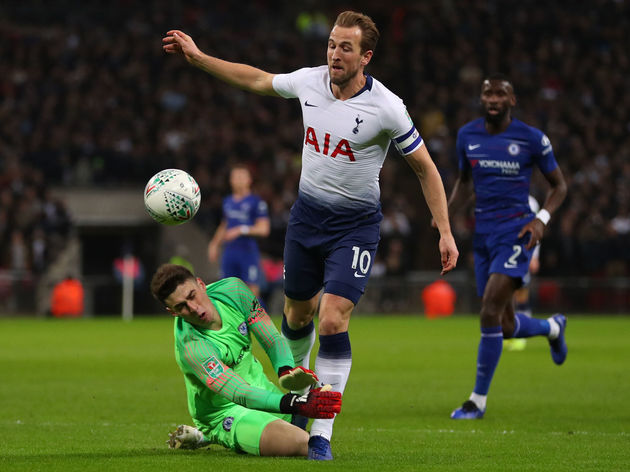 After the win, Pochettino insisted he is ‘pro-technology’ but joined his opposite number in criticising the implementation of VAR, warning that English football is in danger of following La Liga where ‘no-one is happy’ with the current system.

“I don’t like, I don’t like,” he told Sky Sports (via ​Goal) . “Today we get the benefit but watching another league like La Liga, no one is happy.

“For me the benefit is nice, but I am not happy doing it like this. I prefer the technology but in a different way – being clear about how we are going to use. 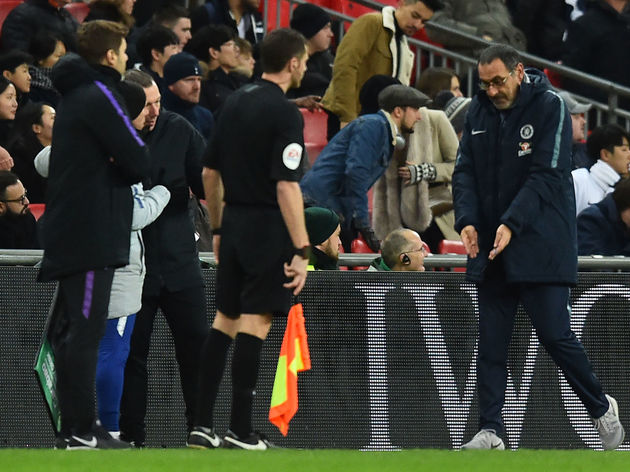 Pochettino cited the example of Spain’s La Liga as a warning to English football and called on the powers that be to improve the system before its use in the Premier League next season.

He said: “I am watching La Liga every week and no one is happy – the big clubs or the small clubs. That is a good example for us.

️ Mauricio: “We were very competitive, but we can do better. Of course we need to be happy but the second leg is going to be completely different.” #COYS pic.twitter.com/9da0BkIn8Z

“We still have six months to improve that system.”

​Spurs travel to Stamford Bridge for the second leg on 24 January, knowing a draw will be enough to see them progress to the first domestic cup final of the 2018/19 season.