​Tottenham manager Mauricio Pochettino has suggested he hopes to be the club’s manager for the next ’20 years’ while admitting that they must ‘operate differently’ if they’re to win silverware.

Pochettino, 46, was appointed Spurs manager in the summer of 2014, with the Argentine praised for the work he’s done since arriving at the club, helping them to top four finishes in the Premier League in three of his four previous seasons in charge, and are well placed to do so again this campaign. 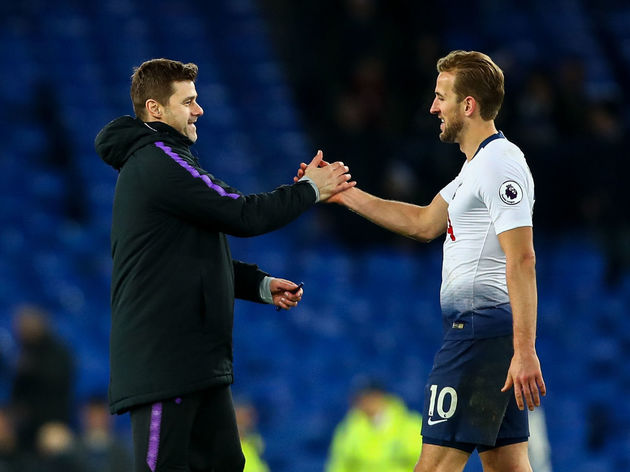 Despite being heavily linked with the ​Manchester United position as a result of his work at ​Spurs, Pochettino sees his long-term future with the north London, even implying that he could finish his career at the club.

As quoted by ​BBC Sport, he said: “I hope, or I wish to be here 20 years, and decide to leave or to finish my career here.

Tottenham’s free-scoring form continues as they earn their biggest ever competitive away win by beating Tranmere 7-0 in the FA Cup third round.#UCL pic.twitter.com/60WiXlTQad

One criticism of Pochettino’s reign at Tottenham however has been the lack of silverware he’s been able to win during his tenure, with the club’s last trophy coming against in the League Cup in 2008.

The club have the chance to reach the final of the same competition this season as they prepare to face ​Chelsea in the first leg, although Pochettino has conceded that Spurs need to change their approach if they’re to compete consistently with the top teams in Europe.

He added: “At the moment it is fantastic, but we will see if it is enough to challenge in the next five years. After nearly five years the club is at a different level, but how we operate in five years didn’t change.

️Mauricio Pochettino: “If we want to win titles, we have to operate in a different way.” The Spurs boss wants the club to start spending – do you think he’s right? 樂 Join us for #TransferCentre at 5pm ✍️ #SSN 

“I saw a stat that in the last 10 years we were bottom of the spending list in Europe. We are doing a fantastic job but if we want to be real contenders we need to operate in a different way in the future.”

Who wore what on the weekend

Loss of life toll in Colombia bombing rises to 21 as...