The Argentine striker was reunited with his former Napoli boss when he arrived on loan from Juventus in January and has quickly made his mark in the Premier League, scoring a brace during the Blues’ 5-0 thrashing of Huddersfield last weekend.

​Higuain previously matched a Serie A record by scoring 36 goals in a season under Sarri at ​Napoli, with many hoping the striker can be the end to Chelsea’s problem position.

When asked about Higuain’s claim that Sarri is a father figure, the Chelsea boss replied, via the Daily Mail,: “I hope I am the football father!

“I don’t know the mother of Gonzalo. He reacts very well to difficulties. He needs confidence and a good relationship with the coach. 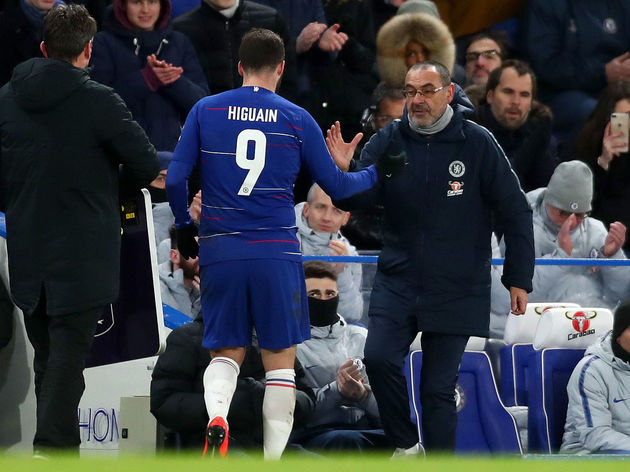 “Gonzalo is very suitable for my football. In the last match, Eden [​Hazard] passed the ball often to Gonzalo, they speak the same language with the ball.”

Whilst Higuain appears to be thriving in the early phases of his ​Chelsea career, growing concerns surround the future of Hazard at Stamford Bridge amid persistent rumours linking the Belgian with ​Real Madrid.

Sarri admitted that his star forward’s future is uncertain. The 60-year-old added: “I will be really happy with him if he wants to stay, but it’s up to him. I want to see him happy.”

Chelsea will look to maintain the momentum from their emphatic win last weekend as Sarri’s side travel to face champions ​Manchester City in a huge game in both the races for the Premier League title and for the top four.

Jeetendra dances to Jawani Janeman with wife Shobha at his 77th...