Sarri, who worked with Albania international Hysaj during his time in Naples as well as earlier in his managerial career at Empoli, is hopeful of completing a loan deal which would see the defender link up once again with former teammate Jorginho. 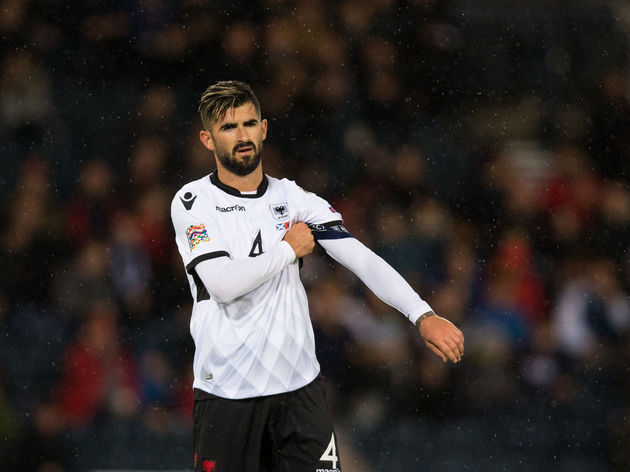 But The Mirror claims that Napoli are only interested in selling the £45m-rated full back outright during the January transfer window.

It’s added that Hysaj’s arrival would leave regular Chelsea captain and fan favourite Azpilicueta in the dark over his future, while Victor Moses and Davide Zappacosta also face uncertainty in west London.

Why is sarri trying to destroy my club. Next thing, we will sign is NApoli pitch. Jorginho now higuian they’re trying to push hysaj. What did I do to suffer like this

Azpilicueta joined Chelsea from French outfit Olympique de Marseille in 2012 and he’s gone on to make 310 appearances for the Blues, playing a vital role in the teams that have lifted two Premier League titles, an FA Cup, League Cup and Europa League.

The 29-year-old has been an ever-present for Chelsea in the Premier League this season – something that even Eden Hazard hasn’t accomplished – but now appears to be at risk of losing his place to Napoli star Hysaj.

The Albanian is among the most highly rated defenders in Serie A, but Chelsea fans will feel uneasy if Hysaj’s arrival means the beginning of the end to Azpilicueta’s career at Stamford Bridge. There will also be a feeling in the wider football community that Sarri is simply trying to recreate his Napoli team in west London, having already rustled some feathers by using N’Golo Kanté out of position to accommodate Jorginho in midfield.

Do you often fall in love with the ‘bad boys’?