​Chelsea head coach Maurizio Sarri has claimed that his team are not below the level of the England national team, and would be capable of beating Gareth Southgate’s side.

The Italian has admitted that he took little interest in last summer’s World Cup in Russia, insisting that any of the biggest club teams could beat the top international sides.

BREAKING: Chelsea manager Maurizio Sarri has accused Bayern Munich of a lack of respect over their pursuit of Callum Hudson-Odoi.

Updates from Sarri’s press conference, plus more from those coming up at Manchester City and Tottenham on #SSN pic.twitter.com/eySnf7aDFt

Sarri conceded that ​Chelsea are not yet the complete side but, as quoted by ​BBC Sport, the 60-year-old argued: “Our level is not less than the England national team. We can draw, we can lose, we can win. Maybe [I have had] more time than a national team but not enough to organise the team as I want.

“The next [week] will be the first week without three matches starting from August 20, so the time is not enough.”

Maurizio Sarri reports that Ruben Loftus-Cheek is unavailable for tomorrow’s game but Alvaro Morata is back in training and may be able to play. #CHENEW

Chelsea were well represented at the World Cup, with two Blues stars featuring in the England setup alone during the summer, but Sarri has insisted that he is among many other coaches who do not pay much attention to international football.

“Every coach thinks like me,” Sarri claimed. “It is unusual to say it. It is impossible to organise very well a team in 30 days. Every team in the World Cup will lose against the top-level club teams in every match.

“It is very difficult to see a very organised team in the Euros or World Cup.”

Chelsea are enduring one of their more difficult runs under Sarri of late, having won just one of their previous three matches in all competitions.

A 0-0 draw at home to ​Southampton last time out in the Premier League was followed by the Blues recent 1-0 defeat away to ​Tottenham in the Carabao Cup, and Sarri revealed that he takes the unusual measure of getting his hair cut every time his team loses a game.

“When I lose a match I cut my hair, usually,” Sarri added. “Five years I have been doing that. In the last three years in Naples [at Napoli] we lost 12 matches in three seasons.” 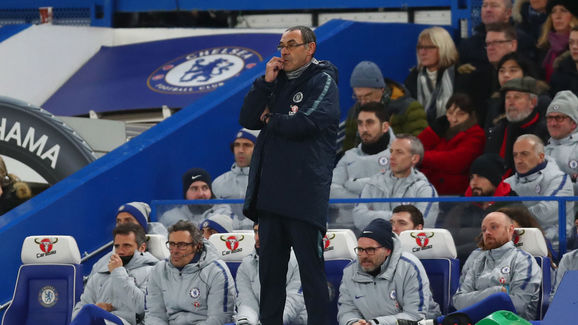 Chelsea host ​Newcastle United at Stamford Bridge as the Blues return to Premier League action on Saturday, with Sarri’s side hoping to avoid making it three consecutive home games in the league without scoring for the first time in 25 years.

7 of the Most Infamous Match Fixing Scandals That Shook World...