​Inter captain Mauro Icardi has made the decision to stick with his agent Wanda Nara as tensions between the pair and the Italian club continue to mount.

This comes after Inter had reportedly asked Icardi to change agents as they had doubts over Nara’s conduct.

The pair have been married since 2014 after controversy in their early relationship due to Nara’s previous marriage to Maxi Lopez, a former teammate and friend of Icardi when the pair where at Sampdoria. 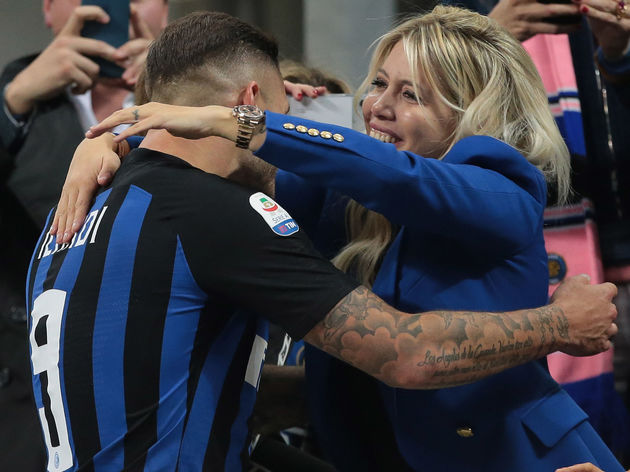 Icardi sacked his first agent whom he had worked with for over a decade and replaced him with Nara who has represented the striker for the last three years.

It was reported earlier in the week that ​Inter had asked ​Icardi to change agents after the club had reached an impasse with Nara regarding Icardi’s new contract.

Moreover, the club were concerned with Nara’s antics away from football, as her active social media presence aren’t to the club’s liking.

There were also rumours that Nara was finding it difficult to find a balance between being Icardi’s wife and his agent.

However, Icardi dismissed such claims, insteading taking to Twitter to hit back at the papers who were reporting such news.

Icardi tweeted: “Where do these phrases come from? How is it possible that La Gazzetta writes this rubbish? Furthermore, I’d like to point out that I am very, very happy and satisfied with the work we’ve done so far.

“For this reason, it’ll always be Wanda Icardi who takes care of my and our interests until the end of my career.”