Argentine striker Mauro Icardi has been left isolated by his club Inter after being stripped of the club’s captaincy earlier this week.

The 25-year-old refused to travel with the rest of his teammates for their Europa League clash with Rapid Wien on Thursday after the armband was taken away from him and given to goalkeeper Samir Handanović. 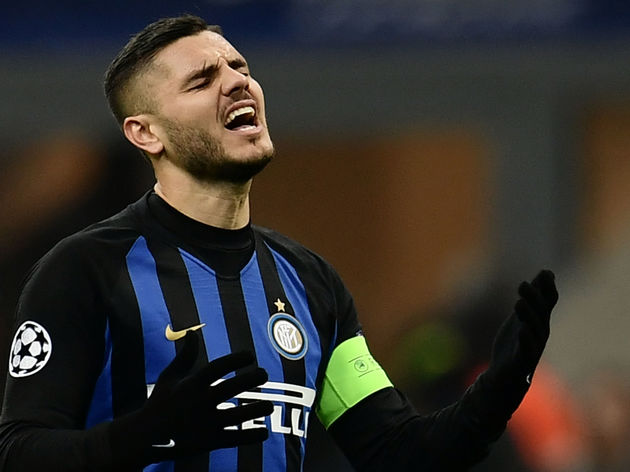 Italian outlet FedeNerazzurra claim that Icardi is now isolated at the club and has been seen to be eating by himself at the club’s Appiano Gentile training ground.

In the aftermath of Icardi’s public fallout with Inter, the striker’s wife and agent Wanda Nara has come under heavy criticism from fans in Milan for the way she has dealt with the situation.

Nara’s car was even attacked with a rock whilst she was driving away from San Siro with her children on board. Thankfully, no one was hurt, but Gianluca Di Marzio confirms that the 32-year-old model has already pressed charges and is working with police to identify whoever was responsible.

Within hours Mauro Icardi has been stripped of his captaincy and taken off the squad for Inter’s next Europa League game. Pazza, Pazza Inter.

Nara’s car being attacked isn’t the only story to break surrounding Icardi’s agent.

The King Corona Magazine in Italy could face legal proceedings following remarks they made surrounding an alleged affair between Nara and Inter midfielder Marcelo Brozović.

The Croatia international, as reported by Calciomercato, has told his lawyer Danilo Buongiorno to take the head of the magazine to court over the “false and seriously defamatory” content of their article.

The note reads: “The news, as well as being false, is seriously defamatory for the content of the article that casts doubt on the morality and image of the player, unjustly accusing him of attitudes and behaviours never implemented. “It is with the attempt to undermine his personal position as well as player against the company they belong to, the fans and all the readers, a position that Brozovic has always respected. This defamation does not represent the truth in any way.”

It is unknown when and if Icardi will return to Inter at some point this season but it does look increasingly likely that these latest developments will see the Argentina international leave San Siro once and for all at the end of the season.