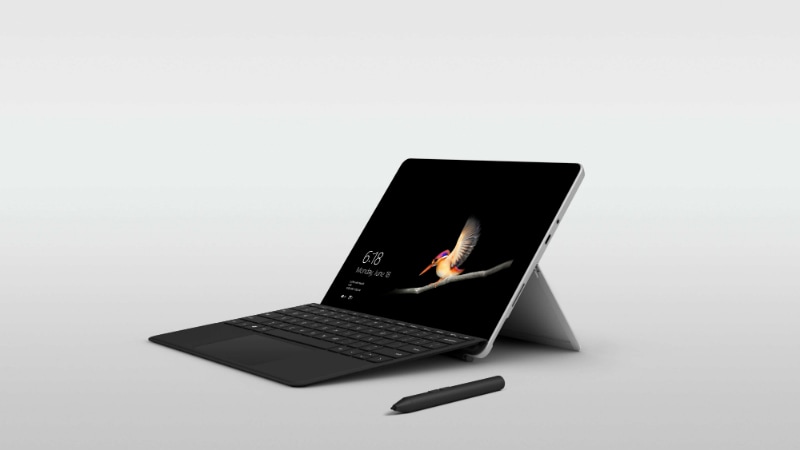 The new Windows 10 devices come with offerings like ‘Learning Tools’ in Office 365, and S Mode that reduces bloatware and improves battery life. Microsoft notes that the Lenovo 300e 2-in-1 comes with stylus support, but if the stylus gets lost, students can even write on the screen with a regular No. 2 graphite pencil. This new range starts from as low as $189 (roughly Rs. 13,400), giving tough competition to Chromebooks that have been pushing education-focused features as well. The three laptops from Acer, Lenovo, and Dell come in the $300 (roughly Rs. 21,400) price range, and claim to give bigger screens and added functionality for the same low price as many smaller devices.

The Redmond giant also launched a new Classroom Pen that is optimised for Surface Go, and is designed keeping schools, students, and classrooms in mind. It is touted to be durable with a hardened pen tip that is replaceable. It also sports a built-in slot at the end for easy tethering to students’ device cases, so the pen doesn’t get lost. The Microsoft Classroom Pen will be available exclusively to education institutions and sold in packs of 20 for a cost of $799.80. The first wave of availability will begin next month, and it will be sold in 36 markets where the Surface Go has been made available.

Microsoft Teams also got new features like Grade Sync, Mobile grading, Turnitin integration, and improvements to Teams Assignments as well. Grade Sync automatically sends grades from Teams Assignments directly to your Student Information System, saving teachers lots of time. Microsoft notes that Grade Sync will be coming to systems like PowerSchool, Infinite Campus, Capita SIMS and many others soon. It is also taking registrations for a preview here. The company also introduced the ability to grade team assignments via the Android and iOS Teams app. It is also set to get Turnitin integration, accessible directly via Teams Assignments, that allows teachers to check student submissions for multiple forms of plagiarism and helps teach the value of academic integrity, proper attribution, and authentic writing. Teams will also allow teachers to access MakeCode in the future, with beta access kicking off this month itself. It will be available within Teams Assignments. The Teams Assignments will also get an upgrade to a more simplified experience that is easier and faster to use.

Microsoft also announced Code Jumper to enable kids aged 7 to 11 learn the basics of coding. It also will give schools free 25 hours of standards-aligned virtual reality curricula across subjects when they purchase a Windows virtual reality headset. Lastly, it also introduced Immersive Reader software for VR and free Dyslexia training materials for teachers.

Oracle to Hire 2,000 Workers to Expand Cloud Business to More...