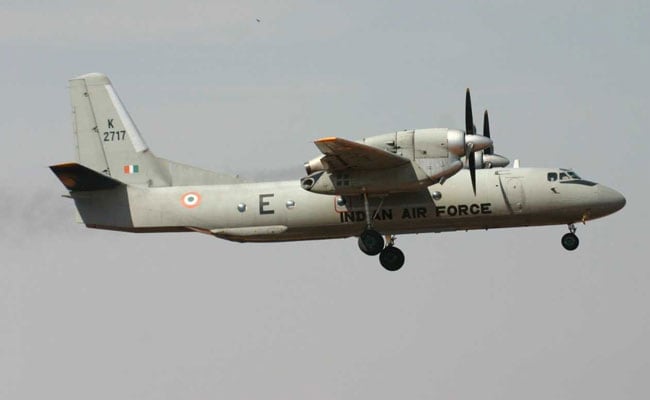 The Search and Rescue Beacon, installed onboard the missing Indian Air Force An-32 has not been in production for 14 years. While it may still have been operational, no signal from the unit has been detected by rescuers trying to home in on the wreckage of the aircraft. The An-32, with 13 onboard, stopped communicating with ground controllers at 1 pm on Monday.

The legacy An-32 transport that took off from Assam’s Jorhat yesterday at 12:25 pm on a flight to the Mechuka Air Landing Ground in Arunachal Pradesh was equipped with a single Emergency Locator Transmitter (ELT) called the SARBE 8, manufactured by the British Firm Signature Industries. The SARBE 8 was installed in the cargo compartment of the Soviet-built An-32 and was meant to send out a distress signal if the aircraft impacted with a force of 20G (twenty times the force of gravity) or more.

A 2004 press release attributed to Signature Industries says “orders for models SARBE 5, 6, 7, and 8, will be accepted only until January 2005, with deliveries planned during 2005. Batteries, spares, service and support will still be available after that date.” The release goes on to say, “Organizations using this type of equipment should note that changes in the satellite monitoring facilities for Personal Locator Beacons mean that older products face obsolescence by 2009.” The SARBE 8 Emergency Locator Transmitter was replaced by a unit called the SARBE G2R-ELT, now sold by Orolia, a US and France based company set up in 2006.

The Indian Air Force, which was the launch customer of the Antonov An-32 aircraft, began inducting the type in 1986. Presently, the IAF is thought to operate 105 of the aircraft which play a key role in equipping and stocking Indian soldiers in high altitude areas along the China frontier. In 2009, India signed a $400 million contract with Ukraine to upgrade and extend the operational life of its fleet of An-32s. The upgraded An-32 RE aircraft, 46 of which have been inducted come equipped with two contemporary Emergency Locator Transmitters – the ARTEX C406-1 and the portable KANNAD 406AS considered at least a generation ahead of the unit onboard the aircraft which may have gone down in Arunachal Pradesh. This An-32 had still not been upgraded.

With no sign of the wreckage of the aircraft, despite early reports of a potential crash site, the Indian Air Force, Army, Navy and Indo-Tibetan Border Police have deployed multiple assets to try and find the aircraft. The Indian Navy is the latest to join with its P-8 maritime reconnaissance aircraft which is fitted with a powerful synthetic aperture radar, infrared and electro-optical sensors which may be useful in locating wreckage in a heavily forested and mountainous region.