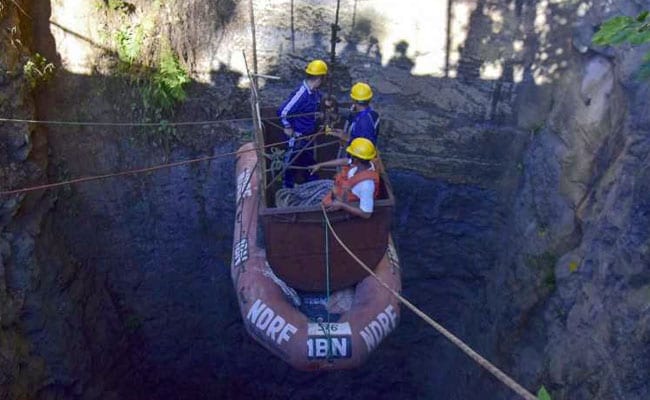 It is exactly a month since 15 miners have been trapped in an illegal coal mine in Meghalaya’s East Jaintia hills district. Hope fades as not a single miner has yet been rescued. Sources in the Meghalaya government have told NDTV that the rescue operations are still on but in near future it “may be called off” as there are no indication about the state of the 15 men, highly placed sources in the Meghalaya government indicated.

Efforts to pump out water from the main shaft and the adjacent shaft have led to almost no success. Lakhs of litres of water have been pumped out but still the water level inside the mine remains almost same, say rescue workers.

Around 200 rescue personnel of the Indian Navy, Coal India, NDRF , Odisha fire service and private pump maker Kriloskar are involved in operations. The government has also roped in the National Geophysical Research Institute (NGRI), the National Institute of Hydrology (NIH), and other private research institutes including Planys Technology.

The Supreme Court on Friday had asked the state government to continue with the rescue operations. “Carry on with your rescue efforts, what if all or at least some are still alive? Miracles do happen,” Justice AK Sikri, who headed the bench had said.

The top court had also asked the state government about actions being taken against persons operating illegal mines and the officials who allowed illegal mining.

Experts overseeing the rescue work say the water is entering into the mine from a nearby river and it is interlinked with at least 20 other mines in the region. The site is in a difficult terrain where public services, infrastructure and material required isn’t easily available making rescue operations extremely difficult.