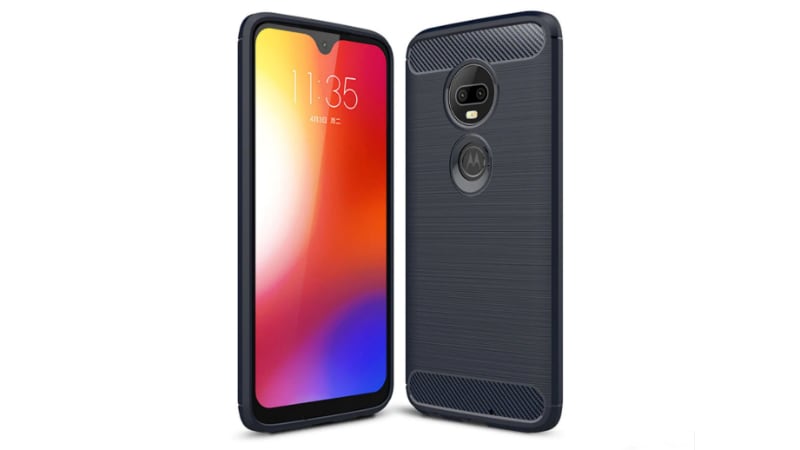 Moto G7 case has now been listed on AliExpress. The online listing of the case confirms most of the previous Moto G7 leaks, including a dual rear camera setup as well as a waterdrop-style display notch. It also shows us the design of the upcoming smartphone that is likely to debut alongside the Moto G7 Plus, Moto G7 Play, and Moto G7 Power. All the new models are likely to run Android 9.0 Pie out-of-the-box. Notably, the new Moto G-series family is speculated to arrive sometime next month.

The listing on AliExpress, as spotted by TheLeaker.com, highlights the design of the Moto G7. The smartphone appears to have a dual camera setup and a batwing logo featuring a fingerprint sensor at the back. Further, the Moto G7 could have a waterdrop-style display notch.

The Moto G7 case, which comes in multiple colour options, also suggests that the smartphone will come with a 3.5mm headphone jack. Also, the bottom area appears to have a USB Type-C port and a speaker grill. The smartphone has a volume rocker and a power/ lock key at the right.

On the front side, the Moto G7 appears to have a waterdrop display notch that sits on top of a display panel with rounded corners. The notch has a room for a selfie camera and comes alongside an earpiece.

AliExpress is currently selling the Moto G7 case that’s been sold by a brand called HIXANNY. Moreover, all the details that the new development confirms are confirming the previously leaked case renders as well as press renders of the Moto G7.

Lenovo-owned Motorola is speculated to launch the Moto G7 as well as the Moto G7 Plus, Moto G7 Play, and Moto G7 Power sometime in February. The launch could take place just before MWC 2019.