Motorola on Thursday unveiled the new Moto G7-series of smartphones at an event in Brazil. Carrying features like all-day battery life and improved camera performance, the Moto G7 lineup includes Moto G7, Moto G7 Plus, Moto G7 Play, and Moto G7 Power smartphones. The G7-series phones come at an interesting time for the company, as Motorola and its owner Lenovo struggle to make a dent in the smartphone market, which is increasingly dominated by the likes of Huawei, Samsung, Apple, and Xiaomi. According to Motorola, the new phones will go on sale beginning today with Brazil and Mexico being the first markets to get the phones, followed by countries including India, US, and Canada.

The Moto G7-Series is one of the first major smartphone-related announcements of the year, as the consumers await Mobile World Congress 2019, where most of the phone manufacturers will be showing off their wares. South Korean tech giant Samsung, which is attempting a comeback in the affordable smartphone segment, had also recently launched its India-first smartphones – Galaxy M20 and Galaxy M10. These two Samsung phones and other upcoming Galaxy M-Series offerings will go head-to-head with the Moto G7 smartphones in various markets around the world.

Moving to the specifics of Motorola’s new smartphones, the new Moto G7, Moto G7 Plus, Moto G7 Play, and Moto G7 Power run on Android 9 Pie, which is currently the latest version of Android. The phones sport display notch of varying sizes with small bezels, however they still fall short of the current trend of packing full-screen or almost full-screen displays. Other key features of the Moto G7 smartphones include rear fingerprint sensors, 4G LTE support, and other usual connectivity options. Motorola has also included a number of camera-specific software customisations in the G7 phones, including Smart Composition, Auto Smile Capture, and Super Slow Motion (250fps). Read on to find out the full specifications of each model in the Moto G7-Series. 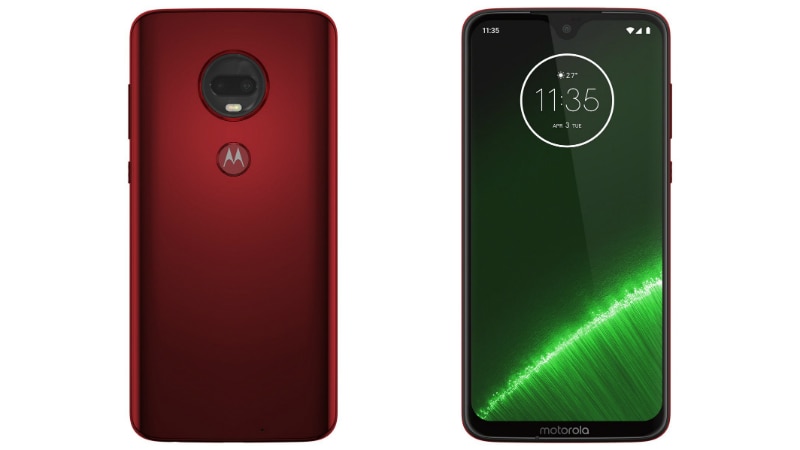 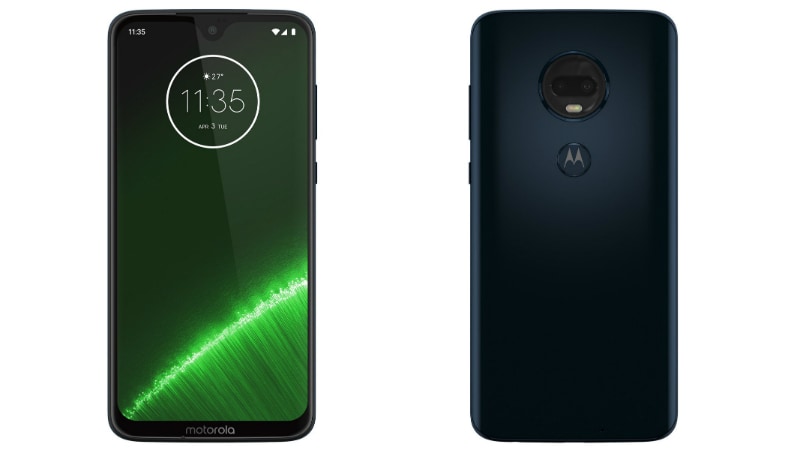 The Moto G7 Power comes with a slightly smaller screen than the Moto G7 and G7 Plus at 6.2-inch and it just packs an HD+ (720×1520 pixels) resolution. The Moto G7 Power’s major highlight is going to be the 5,000mAh battery on-board that the company claims will be able to last for 55 hours. Additionally, the phone features 32GB of inbuilt storage with 3GB of RAM, and octa-core Qualcomm Snapdragon 632 SoC clocked at 1.8GHz.

In terms of the optics, Motorola has included a 12-megapixel single camera with an f/2.0 lens on the back as well as an 8-megapixel front shooter with an f/2.2 lens. 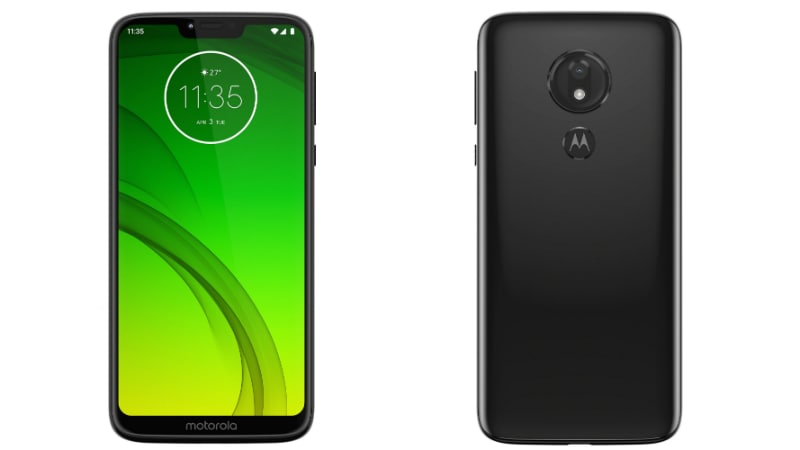 Lastly, the Moto G7 Play, which is the cheapest model out of the four, sports a 5.7-inch Max Vision screen with HD+ (720×1512 pixels) resolution. The phone is powered by Qualcomm’s Snapdragon 632 SoC with 1.8GHz clock speed, coupled with 2GB RAM. Additionally, there is 32GB of inbuilt storage with a microSD card slot (up to 128GB) and 3,000mAh battery. For the imaging needs, the Moto G7 Play comes with a single 13-megapixel shooter on the back with an f/2.0 lens and an 8-megapixel selfie camera on the front with an f/2.2 lens. 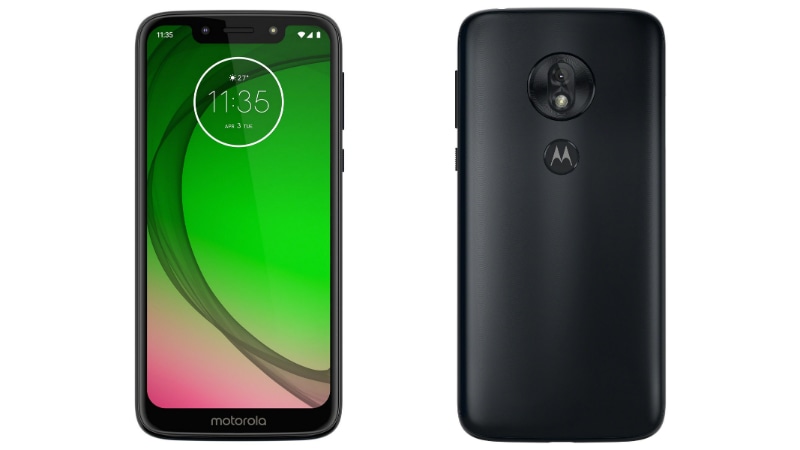