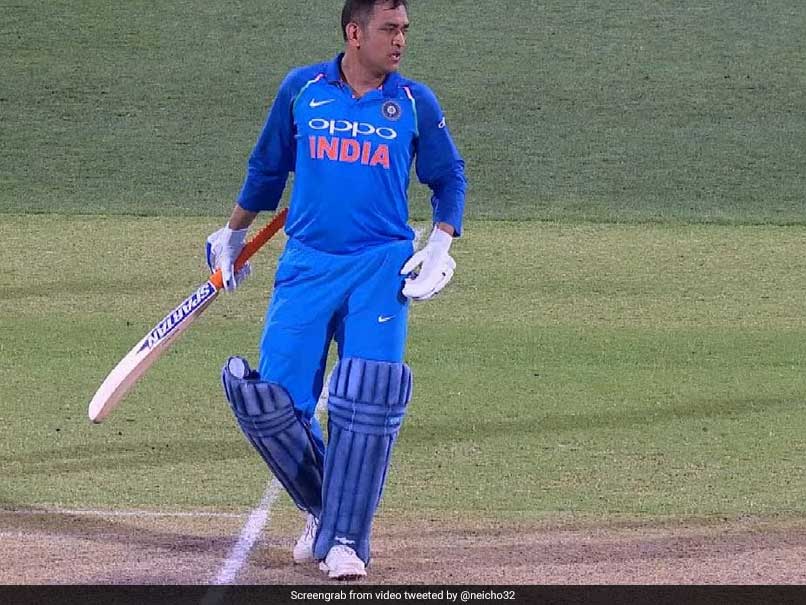 MS Dhoni is not one to shy away from the limelight, but Chahal TV is something he does not want to be part of. After India clinched the fifth One-day International vs New Zealand, hence winning the five-match ODI series 4-1, Yuzvendra Chahal apparently wanted MS Dhoni to appear on his online chat show. But MS Dhoni wasn’t in the mood for any light-hearted banter. This video, taken from Wellington, shows MS Dhoni leave the pitch in a hurried manner, chased by Yuzvendra Chahal for a while.

On Sunday, thanks to a stellar batting performance by Ambati Rayudu, India won the fifth and final One-day International vs New Zealand in Wellington. After losing four quick wickets for just 18 runs, Rayudu (90), Shankar (45) and Kedar Jadhav (34) stabilised the Indian innings and then Pandya made a quickfire 45 in 22 balls towards the end to post a decent score of 252 before the Indian bowlers came into the picture and dismissed New Zealand for 217.