At CES 2019, MSI launched two new laptops and refreshed its gaming laptop lineup with the latest and greatest Nvidia graphics. The two new laptops include the successor to the MSI GS65 Stealth, and a new PS63 Modern laptop. The new MSI GS75 Stealth is touted to be the world’s first thin and light laptop for gamers, and the PS63 Modern laptop is touted to be a portable sleek machine meant for modern-day users. It also refreshed its GT, GL, and GE series to incorporate the 8th gen Intel Core i9 processor and the Nvidia GeForce RTX 2080 GPU. The pricing and availability of the new laptops hasn’t been revealed.

Starting with the big announcement, the MSI GS75 Stealth comes with a sandblasted metallic black finish with elegant gold trim, and looks a great deal like its predecessor. The innards see a wealthy upgrade, with up to Nvidia GeForce RTX 2080 8GB GDDR6 GPU and is powered by up to eighth-gen Intel Core i7 processor. It sports a 17.3-inch full-HD (1080×1920 pixels) display with a per-key SteelSeries RGB gaming keyboard. It also supports Dynaudio ESS SABRE HiFi audio DAC technology and Nahimic 3 Audio Enhancer for sound, and comes with one M.2 SATA-SSD and two M.2 SSD NVMe PCIe Gen 3 SSD Combo for storage. The dimensions measure at 396.1×259.5×18.95mm, and the laptop weighs 2.25kg.

Coming to the PS63 Modern, the new laptop weighs just 1.65kg and is just 15.9mm thin. Touting portability as a key feature, MSI boasts that the PS63 Modern comes with up to 16 hours of battery life with Qualcomm Quick Charge 3.0. It ships with a slim power adapter that is also lightweight, and supports the latest eighth-gen Intel Core i7 processor and NVIDIA GeForce GTX 1050 graphics. 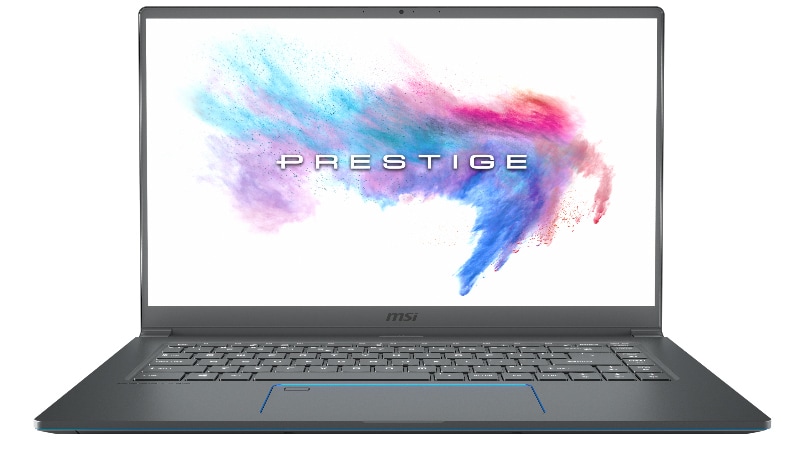 The MSI GT63 Titan, in comparison gets that eighth gen Intel Core I processor with up to the same GPU support. It supports the same 15.6-inch display with FHD and 4K resolution options, and weighs about 2.94kg.

MSI GE63 Raider, GE75 Raider
The MSI GE63 Raider and GE75 Raider have also been refreshed, and the former comes with RGB lighting on both its cover and keyboard, while the latter sports 3D Dragon Spines and an anodised red diamond-cut finish. It supports Cooler Boost 5 for heat management. Both of the laptops support eighth-gen Intel Core i7 processors, and the Nvidia GeForce RTX 2080 8GB GPU. The GE63 sports a smaller 15.6-inch display while the GE75 sports a 17.3-inch full-HD display. Both the laptops support per-key RGB keyboard, and weigh 2.6kg.

TikTok Said to Be Subject of US National Security Investigation