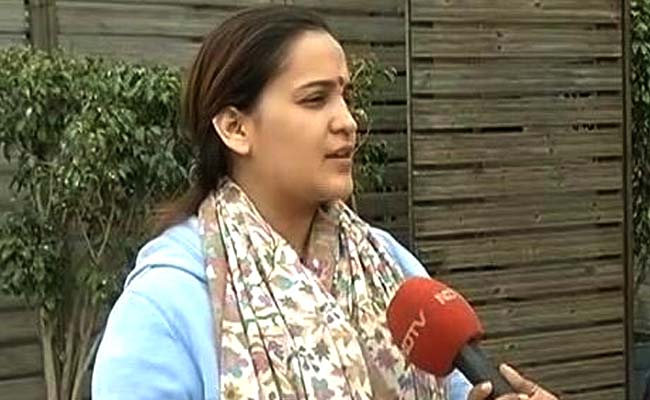 As Priyanka Gandhi Vadra sets off with her mission Uttar Pradesh, another woman politician in the state is watching her moves closely. Aparna Yadav, the younger daughter-in-law of Mulayam Singh Yadav and a Samajwadi Party candidate who lost against the BJP’s Rita Bahuguna Joshi in the 2017 UP election, says had Priyanka been projected as the chief ministerial face, the Samajwadi Party-Congress alliance would have done much better.

“I really welcome this move of Priyankaji,” she told NDTV on the younger Gandhi sibling’s political debut as general secretary in charge of a part of UP. “She is a natural in politics and I remember that day when in a joint press conference they announced Sheila Dikshit as the chief ministerial face. If at that time they had announced Priyanka Gandhi, it would have been a different story.”

Aparna Yadav, 30, has kept many guessing about her own political choices too. The UK university-educated wife of Samajwadi Party chief Akhilesh Yadav’s half-brother Prateek has been seen to be ranged against her brother-in-law.

She supported Akhilesh Yadav’s uncle Shivpal Yadav who, after a major falling out with the former UP chief minister, quit the Samajwadi Party. However, she ruled out joining Shivpal Yadav’s new outfit, the Pragatisheel Samajwadi Party. “We will give chachaji all the support that he needs. However, in the 2019 elections, my job is to look after Netaji‘s (Mulayam Singh Yadav’s) Mainpuri constituency and help him win.”

In the run-up to the UP election two years ago, Aparna Yadav rattled her party with her praise for Prime Minister Narendra Modi’s style. After the BJP’s Yogi Adityanath took over as Chief Minister, she met with the saffron-robed monk-politician and greeted him with flowers. Heading into the national election due by May, she has expressed support for the building of the Ram temple in Ayodhya, which has been at the forefront of BJP’s poll narrative in recent months. This led many to ask if she was keen on joining the BJP. “Let’s see what happens,” she told NDTV. Asked about contesting the election as a Samajwadi candidate, she said- “I have spoken to Bhaiyya (Akhilesh) and if they give me a good seat, I would like to fight for that.”

Aparna Yadav claims that the Samajwadi party’s grand alliance with Mayawati’s Bahujan Samaj Party (BSP) is facing some major challenges. “Mayawati ji and Bhaiyya have told the workers but in most places they are not working together. Because they have been always fighting against each other, that seems to be continuing,” she said.

This would not be fixed, she asserted, until the leadership acknowledged the problem. “You can only deal with it if you say there is a problem, which I don’t think is happening right now,” she said.

Sources told NDTV that more than the workers’ rivalry, one key issue is that both Mayawati and Akhilesh Yadav are yet to announce the seats they will contest. While seat-sharing was apparently decided when they met in the first week of January, Mayawati reportedly doesn’t want to announce them just yet.

Akhilesh Yadav was reportedly ready to announce the seats any time after January 21. But Samajwadi sources told NDTV that work had already begun in individual constituencies and the candidates for some have also been decided and they have been told to begin their campaign.