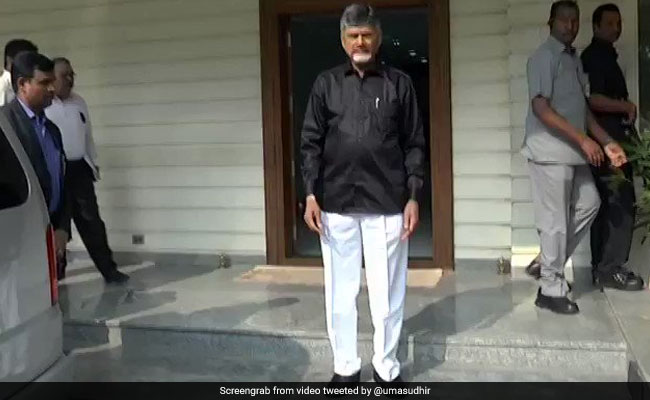 Andhra Pradesh Chief Minister N. Chandrababu Naidu on Friday wore a black shirt to protest against the Centre’s “step motherly” treatment to the state and for not fulfilling its promises including granting special category status.

His cabinet colleagues including his son and Information Minister Nara Lokesh and all other party legislators also wore black.

The Chief Minister wore black to the Assembly as a sign of protest against Prime Minister Narendra Modi’s “step-motherly treatment meted out to Andhra Pradesh and for breaking all promises made including #SpecialStatus”, tweeted Mr Lokesh.

According to TDP sources, this was the first time Mr Naidu wore a black shirt. He is usually seen wearing white, cream or yellow coloured clothes. Even when he was in the opposition, he confined to wearing a black badge in protest.

The TDP leaders also expressed solidarity with a day-long shutdown called in the state by Pratyeka Hoda Sadhana Samithi (PHSS), which is fighting for the special status to the state.

Earlier, during a teleconference with TDP leaders, Mr Naidu said that demonstrations would be held in the state till February 10. The next day he will head to New Delhi where he would lead a protest.

The protests in the national capital would continue till February 14.