Napoli lost further ground to Juventus at the top of the Serie A table after stuttering to a disappointing goalless draw against Torino on Sunday evening.

Napoli were the dominant force throughout, but they found it increasingly difficult to break down a spirited Torino defence and were consistently denied by Salvatore Sirigu, who enjoyed an impressive game in goal for the visitors. The likes of Arkadiusz Milik, Lorenzo Insigne and Jose Callejon all went close for Gli Azzurri, but none were able to find a way past Sirigu, who continued to frustrate the hosts right until the end of the match.

Despite their best efforts, ​Napoli have been gradually losing ground to ​Juventus at the top of the ​Serie A table and it looks incredibly unlikely that they will be able to catch the Old Lady before the end of the season. 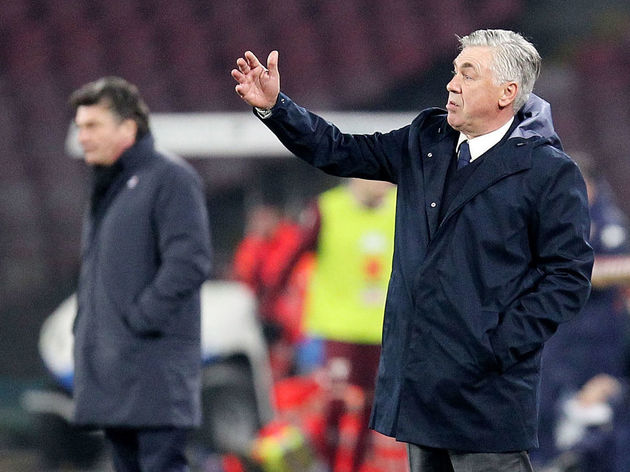 Despite what the scoreline may suggest, Napoli were far by far the better team in this one and should have easily come away with all three points. The dominated all over the field, but they lacked a clinical edge in the final third and that ultimately proved to be their undoing.

With the league practically out the equation, Carlo Ancelotti’s side will now be switching their attentions to the Europa League. Napoli are one of the strongest teams left in the competition and, with little else to play for domestically, there is no reason to suggest they couldn’t lift the trophy in May.

STAR MAN – It’s easy to see why Kalidou Koulibaly is currently the most sought after centre back in world football. He’s an absolute man mountain.

Does Koulibaly ever make a mistake? I’m beginning to doubt if he’s a human being

​​The Senegalese defender put in a dominant display at the back for Napoli and was able to sniff out any opportunity Torino attempted to fashion. He also demonstrated his ability with the ball at his feet on a number of occasions, driving forward to add a different dimension to Napoli’s attack.

Napoli are back in Europa League action on Thursday when they face off against FC Zurich in the second leg of their round of 16 match up, whilst Torino prepare themselves for the visit of Atalanta in Serie A on Saturday.

How is Intermittent fasting for weight loss?