Napoli have confirmed they will be prepared to walk off the pitch in reaction to any reported racist chants, despite the Italian government insisting that play should not be stopped.

FIFPro registered their complaint that play was not halted during Napoli’s game with Inter last month, in which on three different occasions the referee had asked for a warning to be read out over the public announcement system about the racist abuse aimed at defender Kalidou Koulibaly. However, in Tuesday’s summit between the Italian government’s Deputy Prime Minister Matteo Salvini and the federation and representatives of clubs and it’s ultras, it was re-affirmed that the referee does not have the authority to stop ​Serie A matches for racist abuse.

Salvini said (as quoted by ​ESPN): “Suspending a game in the event of racist chants is very risky. You risk putting the destiny of many people in the hands of just a few. It’s very hard to find objective criteria for such a decision.

“I shared the decision not to suspend Inter-Napoli, not because I approve [of] the whistles or the monkey chants, but because we risk there being greater problems outside the ground than those inside.” 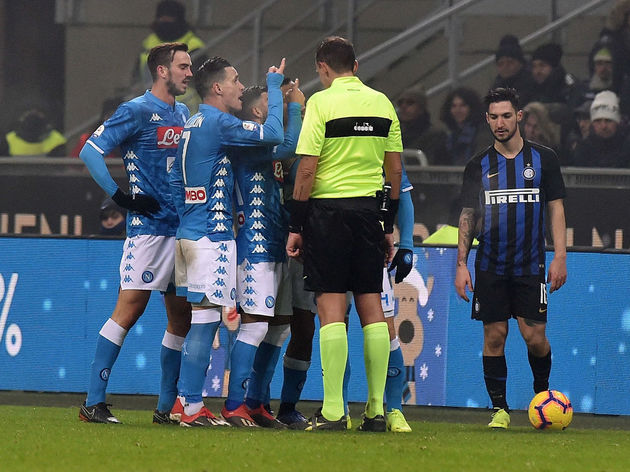 “Violence should not exist and I’ll do all I can to uproot it, inside and outside stadiums, but we need objective criteria, and I think this is hard to interpret in this case.”

The match between Inter and Napoli should have been suspended, abandoned if necessary. Racism is alive in Italy and Serie A because it isn’t dealt with seriously. Referees aren’t brave enough. The FIGC isn’t brave enough. It’s disgusting and shameful.

After hearing Salvini’s comments, ​Napoli sources speaking to news agency ​Ansa stated that they were ‘perplexed’ by the Deputy Prime Minister’s approach, and confirmed manager Carlo Ancelotti’s threat to walk off the field if racist chants were aimed at their players.   ​

UP Police Donates Rs 70 Lakh To Household Of Inspector Killed...