​After a disappointing evening in Milan in the Coppa Italia, Napoli will be looking to lick their wounds when Sampdoria travel to the Stadio San Paolo on Saturday in the upcoming league fixture.

Napoli are nine points behind league leaders Juventus, and so a win here is crucial if they have any chance to catch up to the Old Lady, whereas Sampdoria are are only two points from the Champions League spots, and so will be hoping to cause an upset. Check out 90min’s preview for the match below:

​Napoli will be at almost full strength for Sampdoria’s visit, although they will be missing Fabián Ruiz after his red card against Milan and Romanian defender Vlad Chiriches, who is still dealing with a cruciate ligament rupture. 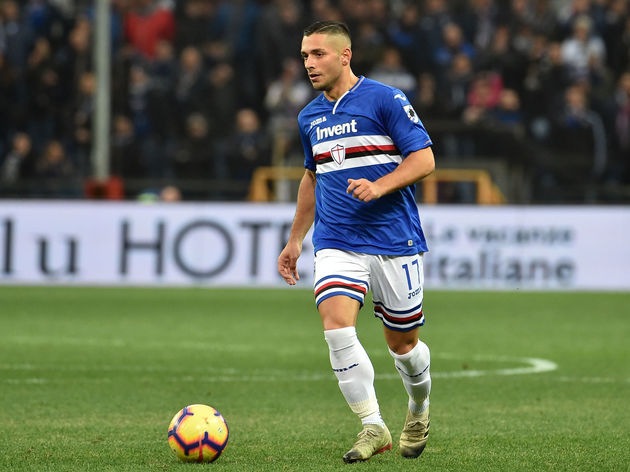 Sampdoria are missing Italian striker Gianluca Caprari due to a fibula fracture, midfielder Édgar Barreto due to a calf injury, and first choice right-back Bartosz Bereszynski due to a muscle injury.

Out of the 21 times these two teams have met, Napoli have taken the victory an impressive 14 times, with four draws and three losses. Looking at the lineups on paper, it seems like Napoli should be adding a fifteenth win in this clash. However, when these two teams met back in September this season, Sampdoria incredibly won 3-0, with former Napoli star Fabio Quagliarella scoring a sublime back-heel volley.

Napoli haven’t been their usual dominant selves as of late, with a loss to ​Milan in the Coppa Italia and dropping points against the same Milan before that. However, their two midfield stars Allan and Hamsik are expected to return this game, meaning their results could start to improve.

Sampdoria are currently in strong form, and surely this is thanks to fan favourite Fabio Quagliarella, who is having a stunning season; He has scored 16 and assisted 6, making him the current leader in the race for the Capocannoniere (Serie A top scorer). Furthermore, he has scored in 11 games in a row, matching the record set by Gabriel Batistuta in the 1994/95 season.

Here’s how each sides has fared in their last five fixtures.

Napoli are desperate to catch up to league leaders ​Juventus, and despite the nine point gap will do their best to catch up by earning three points in this game. With their star-studded lineup, Ancelotti will be hoping to overwhelm Sampdoria. However, their downfall may come in the form of 36-year-old Neapolitan Quagliarella, who is currently experiencing one of his best seasons to date, and will be hoping to break the record set by Batistuta by scoring in this game as well.

This oil will make your skin GLOW