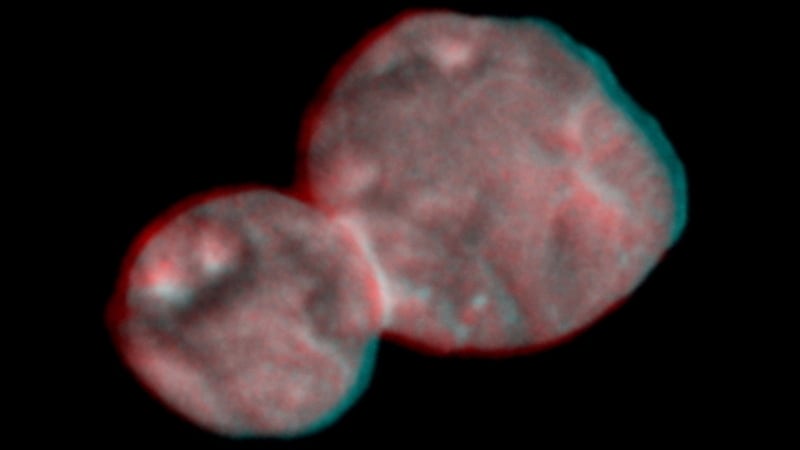 New Horizons spacecraft which explored the ancient Kuiper Belt object nicknamed Ultima Thule, earlier this week, has yielded that the distant object has no evidence of an atmosphere, NASA has said.

Besides finding no evidence of an atmosphere, the initial data analysis also found no evidence of rings or satellites larger than one mile in diameter orbiting Ultima Thule, the US space agency said in a statement on Thursday.

The colour of Ultima Thule matches the colour of similar worlds in the Kuiper Belt, as determined by telescopic measurements.

The two lobes of Ultima Thule – the first Kuiper Belt contact binary visited – are nearly identical in colour. This matches what we know about binary systems which haven’t come into contact with each other, but rather orbit around a shared point of gravity, NASA said.

“The first exploration of a small Kuiper Belt object and the most distant exploration of any world in history is now history, but almost all of the data analysis lies in the future,” said Alan Stern of the Southwest Research Institute in Boulder, Colorado.

“Those of us on the science team can’t wait to begin to start digging into that treasure trove,” Stern noted.

The New Horizons flyby of Ultima Thule could help scientists better understand what conditions were like when our Solar System formed billions of years ago.

New Horizons’ extended mission also includes observations of more than two-dozen other Kuiper Belt objects, as well as measurements of the plasma, gas and dust environment of the Kuiper Belt.