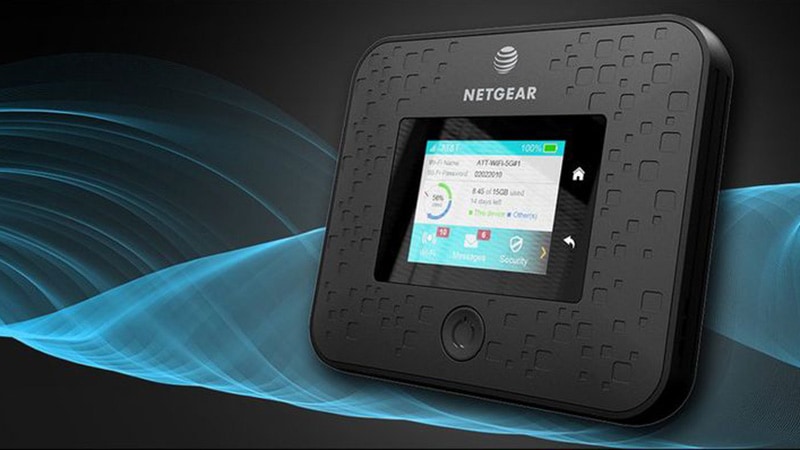 Netgear has launched a 5G mobile hotspot as well as two new devices at the ongoing CES 2019. The 5G mobile hotspot enables users to access high-speed 5G networks on the go while the other two devices are additions to the Orbi Mesh Router family and will help improve connectivity at home. The Nighthawk 5G Mobile Hotspot, like the name suggests, is a mobile hotspot you can carry with you when you are travelling. This device latches on to the 5G network to provide high-speed Internet access to all devices connected to it. The company also introduced the 2-in-1 Orbi Tri-band Wi-Fi Cable Modem System, and a new version of the Orbi Whole Home Wi-Fi System.

The networking company claims that the Nighthawk 5G is the first standards-based mobile 5G device in the world to be able to access a live millimetre wave 5G network. This is a higher frequency spectrum that is capable of large amounts of data at higher than 4G speeds. To enable the Nighthawk to latch onto 5G networks, Netgear has used a Qualcomm Snapdragon X50 5G Modem. With this mobile hotspot, users will be able to access 5G networks from their existing devices. The Netgear Nighthawk 5G mobile hotspot is currently exclusive to AT&T’s 5G network which has started rolling out in major cities in the US.

The newest addition to the Orbi mesh router family is the 2-in-1 Orbi Tri-band Wi-Fi Cable Modem System. This new device has the modem built in and will be able to access the Internet directly. Currently, users have a modem given to them by their service providers, for which they pay a small rental fee included in the bill. The 2-in-1 Orbi Tri-band Cable Modem System eliminates the need of a modem saving buyers the rental they pay every month. Netgear has also designed it to work right out of the box with major carriers internet service providers (ISPs) including Comcast Xfinity, Spectrum and Cox.

Netgear has also launched a new version of its Orbi Whole Home Wi-Fi System. This uses the latest sixth-generation Wi-Fi 802.11ax standard, also known as Wi-Fi 6. This new networking standard should give it access to higher bandwidth speeds over the wireless network.

Tinder Unveils 'Panic Button' for Emergency Response in the US

Amazon Said to Close Its Chinese Online Store by Mid-July