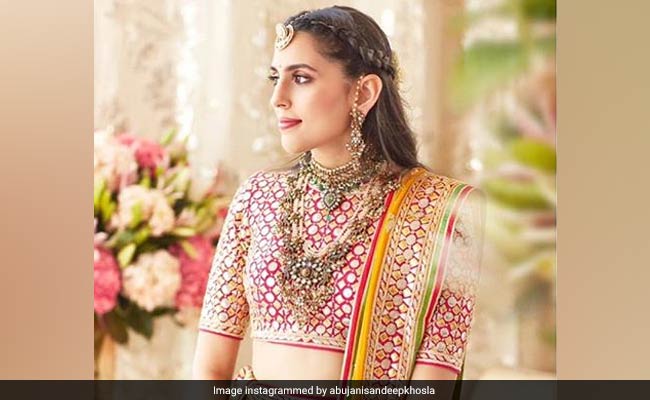 Two previously-unseen pics of Shloka Mehta from Isha Ambani and Anand Piramal’s marriage ceremony are going viral on Instagram. Shloka Mehta is engaged to Isha’s twin Akash Ambani. The primary image was shared by designer Abu Jani on Instagram and reveals Shloka in a stunning peach zari lehenga. The second, posted on the official account of Abu Jani and Sandeep Khosla, reveals her in a brilliant pink and yellow ghagra.

The second image, captioned “A Burst of Sunshine,” reveals her in a hand-embroidered canary yellow gota tukdi ghagra with a fuschia pink gota shirt. Assertion jewelry completes her look.

Since being shared on-line, the images have collected tons of of ‘likes’.

“Such an enthralling woman,” wrote one commenter. “Ethereal magnificence,” stated one other.