Dubravka moved to St. James’ Park for around £3.5m from Czech side Sparta Prague following a successful loan spell on Tyneside last season and the Slovakian keeper has had his critics of late, but Shearer believes he has been excellent value for money. 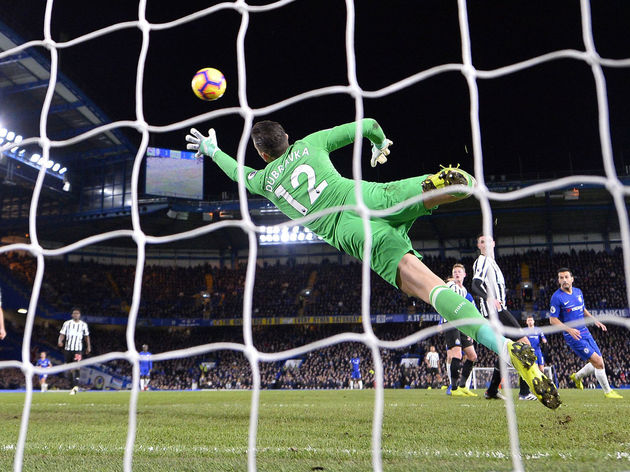 Speaking to ​Sky Sports, Shearer said: “He’s had a tough time in the last couple of games with the mistake at ​Wolves and the mistake at Wembley but in general I think he’s been a fantastic buy, when you look at the fees that have been paid for some players.”

Though a contentious goal, Dubravka was ultimately at fault for Willy Boly’s 95th minute equaliser at Wolves, as he failed to claim the high ball in the final seconds of the game. In addition to ​​Tottenham‘s Heung-min Son’s shot going straight through his hands in the Magpies’ 1-0 defeat this month.

“His handling, for the most part, has been superb. If he can get over the mistakes that have happened in the last few games then great but in the main I think he’s been a superb buy.”

Shearer’s praise comes after Dubravka was recognised by the North East Football Writers’ Association as the Player of the Year for 2018 on Sunday – an award won by Shearer himself as well as legends Kevin Keegan and Shay Given.

Despite sitting in 16th place, ​Newcastle have conceded less goals than both ​Manchester United and ​Arsenal this season, so it’s no wonder that Shearer has backed Dubravka to move on from these recent mishaps.

“He seems to be a very good character, not afraid to make a couple of mistakes – as all good players do. He’ll learn from those mistakes,” Shearer believes.

The 30-year-old is also ranked sixth for the most saves with 77 and will be hoping for a quiet afternoon on Saturday as lowly ​Huddersfield Town travel to Newcastle in the Premier League.

Lata Mangeshkar says she had temper issues as a child: 'I...