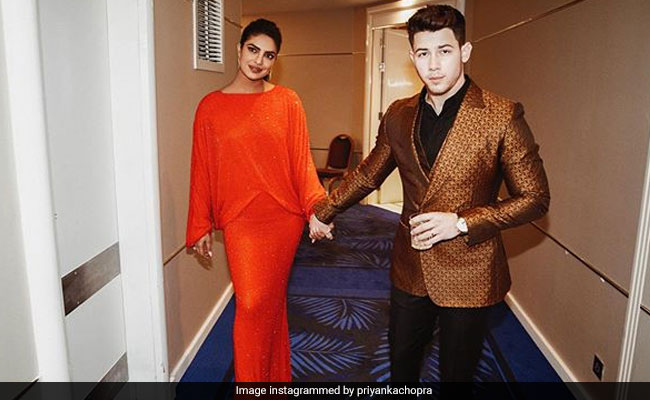 On Father’s Day, singer Nick Jonas posted an emotional note for his father Kevin Jonas Sr and his late father-in-law Dr Ashok Chopra, which made Priyanka Chopra tear up. Nick Jonas shared a picture of from his childhood album, in which he’s goofing around with his father, along with a picture from Priyanka’s photo album (which she shared on her Instagram page on Father’s Day but more on that later), and wrote: “Happy Father’s Day to all the fathers out there. I hope to be half the father you are dad. I love you very much… and I so wish I could have had the chance to get to know you Ashok sir. Thank you, for bringing such an incredible woman into this world.”

On Father’s Day, which coincided with her mother Madhu Chopra’s birthday, Priyanka Chopra posted a throwback picture of her family and wrote: “Father’s Day on moms birthday… it’s almost like dad is here celebrating with us. Don’t need a day to miss and appreciate you dad. I love you. #HappyFathersDay #daddyslilgirl for life.”

She shared a separate post for Kevin Jonas Sr, in which she wrote: “Happy Father’s Day… I feel blessed to have you and Denise Jonas in my life! Thank you for taking me in as your daughter with so much love and warmth. Love you loads.”

Meanwhile, on Sunday, Nick Jonas performed with his brothers Kevin and Joe Jonas in Boston ahead of their scheduled Happiness Begins Tour. Nick Jonas shared a few glimpses from the Jonas Brothers’ concert on his social media page: