​Bayern Munich manager Niko Kovac insisted that his side should not have lost after his side were humbled in a 3-1 defeat away to Bayer Leverkusen in the Bundesliga on Saturday.

The champions opened the scoring in the first half through Leon Goretzka, before a second half rally from the home side turned the game on its head. Goals from Leon Bailey, Kevin Volland and Lucas Alario after the interval saw Leverkusen stun Bayern with an emphatic victory.

“The result doesn’t reflect what happened on the pitch. It was an intense match. We played well in the first half, whereas Leverkusen went missing. We should have closed it out then. We shouldn’t have lost the match.

“Leverkusen took four shots and scored three goals. We wanted to be compact but we made a few mistakes when we conceded the goals.”

The defeat left Bayern seven points adrift of league leaders ​Borussia Dortmund and with much still to do in their stuttering bid to retain their domestic crown under Kovac this season. 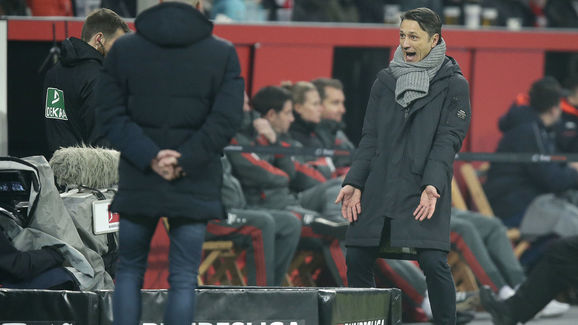 The Bavarians take on Hertha Berlin in the third round of the DFB Cup next time out on Wednesday before returning to league action next Saturday as Bayern host Schalke at the Allianz Arena.

Katrina Kaif chooses to fly when she cannot walk due to...

Tottenham Closing on First Signing in 18 Months After 'Agreeing' £15m...