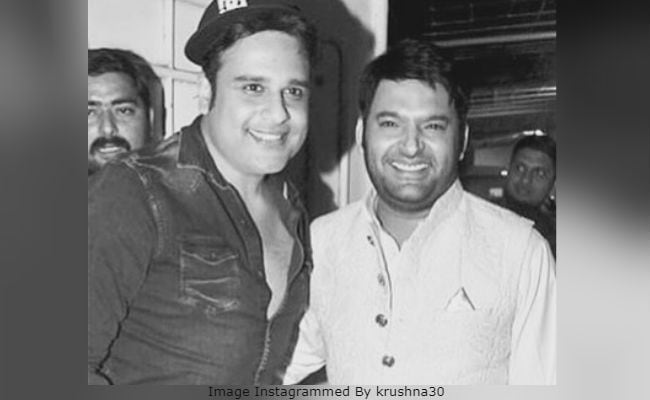 Actor-comedian Krushna Abhishek, who collaborated with Kapil Sharma, once his rival, for his new show, recently told DNA that their personal equation has always been good. “I didn’t have any personal rivalry with him. Mera personal equation Kapil ke saath kabhi kharab nahi tha. We have always been respectful of each other,” he said. Kapil returned to television after a break of nine months with the new season of The Kapil Sharma Show. “I didn’t have any personal rivalry with him. Whatever rivalry we had was in connection with the ratings of our shows. Both of us wanted our shows to be the best and rank high on the charts,” Krushna Abhishek told DNA.

Apart from Krushna, Kapil also roped in colleague Bharti Singh for the show. The trio earlier worked together in Comedy Circus. “The three of us had done Comedy Circus together and this would be a reunion. I hadn’t met Kapil for a long time, but first meeting mein hi the ice was broken,” Krushna added.

The first episode of The Kapil Sharma Show aired in December 2018 and in the first week, it found a spot in the list of top five shows. Apart from Krushna Abhishek and Bharti Singh, Kiku Sharda and Sumona Chakravarti are also part of the show. “The show is doing fantastic and its wonderful coming back with him and Bharti. Kapil works so hard. I have seen that during the rehearsals, he works on everything not just his entries, but even ours,” Krushna told DNA.

He plays Sapna, owner of a beauty parlour in The Kapil Sharma Show. The duo’s funny banter is one of the main highlights of the show.

In 2018, Kapil’s show Family Time With Kapil Sharma went off air abruptly because of his deteriorating health. Meanwhile, he also featured in headlines for cancelling his shoots. Kapil also battled alcoholism for which he briefly went to a rehabilitation centre.