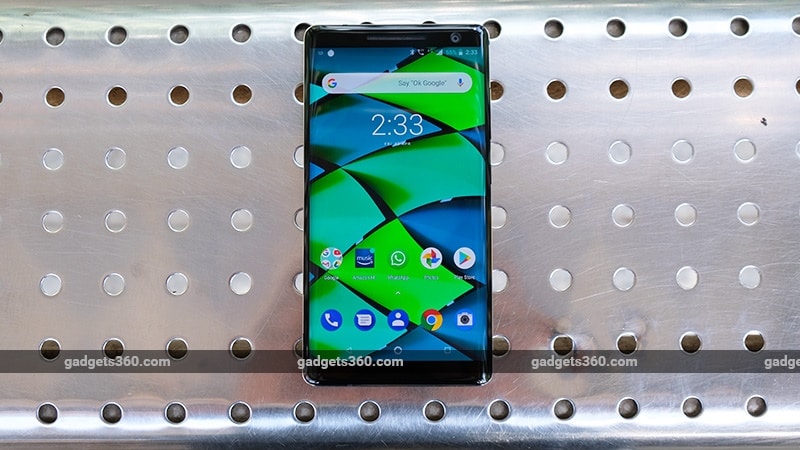 Nokia 8 Sirocco is receiving the Android 9 Pie update, announced the HMD Global’s Chief Product Officer Juho Sarvikas in tweet on earlier today. The update is rolling out now over-the-air (OTA) and will be reaching all Nokia 8 Sirocco consumers over the next few days. As per a schedule revealed by HMD Global, the Nokia brand licensee, in October last year, the Nokia 8 Sirocco was supposed to get the Android 9 Pie in November 2018, but it was delayed for unknown reasons. Nokia 8, which too was promised to get the Pie update in November, start receiving it last month.

As per user reports on XDA Developers, the Nokia 8 Sirocco Android 9 Pie update is 1379.5MB in size and carries the build number V4.1.20. The official changelog revealed that the software update includes new system navigation, updated settings menu as well as refreshed notifications. Additionally, the consumers can expect to see Adaptive Battery, Adaptive Brightness, and predictive application actions. The company has also included Google Android Security Patch for December 2018. Other core Android 9 Pie features will also be available to the users. As we mentioned, Sarvikas announced the Nokia 8 Sirocco Android Pie update via a tweet on Thursday, India time.

Among other Nokia smartphones, the Nokia 5.1, Nokia 8 (in some regions), Nokia 7.1, and Nokia 6.1 Plus have already received the Android 9 Pie update.

The Nokia 8 Sirocco was originally unveiled at the Mobile World Congress in February 2018 and made its way to India in April of last year. The smartphone sports a 5.5-inch QHD (1440x2560p) pOLED display with 3D Corning Gorilla Glass 5. It is powered by an octa-core Qualcomm Snapdragon 835 SoC and packs 6GB of RAM. Additionally, the Nokia 8 Sirocco brings 128GB of inbuilt storage and 3,260mAh battery.

Godzilla: King of the Monsters Rules Box Office With $179 Million...

IRCTC User Complains About 'Obscene, Vulgar Ads'. This Was Its Response.