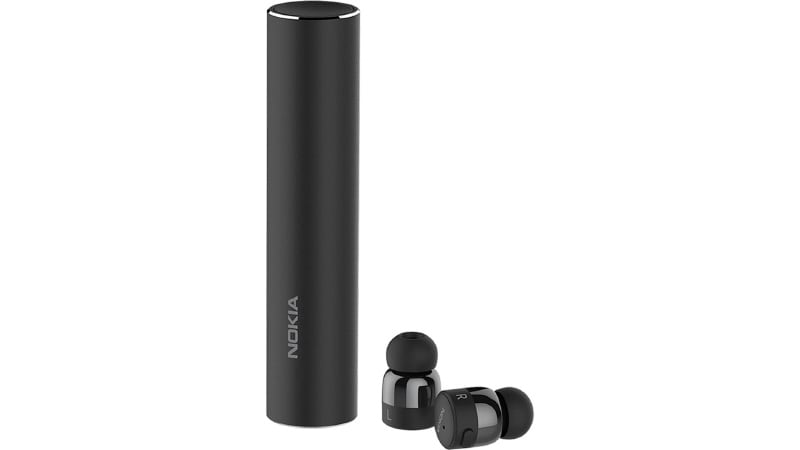 HMD Global had launched a new range of Nokia-branded earphones late last year, one of which were the Nokia True Wireless Earbuds. The headphones have been on sale internationally for a while now but now it is being reported that the Nokia True Wireless, which are one of the most compact earbuds in the market today, are officially available in India via offline retail stores. HMD Global’s Head of Social Media also recently tweeted that these wireless earphones have received iFDesign Award 2019.

The earbuds are also officially listed on Nokia’s website, though they’re not offered for purchases online at the time of writing this report. The earbuds are not currently listed on e-retailers like Amazon India or Flipkart as well. However, it has been reported by NokiaPowerUser that the headphones are being offered by the brick-and-mortar stores at Rs. 9,999.

HMD Global’s Head of Social Media, Edoardo Cassina also posted on Twitter that the earbuds have been presented with the iFDesign Award 2019.

Nokia’s lightweight True Wireless Earbuds come in Black, and offer up to 4 hours of play time on a single charge. The bundled cylindrical charging case is capable of fully charging the earbuds up to three times. The earbuds also come with Bluetooth v5.0 support, IPx4 rated sweat and splash resistance, USB Type-C port on the charging case, an LED charge indicator, and a standby time of up to 70 hours. There are three earbud sizes bundled with the headset – small, medium, and large.

Oscars 2019 Best Picture Nominees Guide, How to Watch Them in...

Redmi 7A India Launch Set for Today: How to Watch Live...