Benchmarking app AnTuTu periodically releases rankings of new smartphones that have been benchmarked on the app. The latest ranking released from AnTuTu gives us a glimpse of the top 10 Android phones that have clocked big scores on the app, including the Nubia Red Magic Mars. AnTuTu’s benchmarking app is quite famous and we use it ourselves to benchmark the new Android smartphones in the market. The app tests different parameters on a smartphone to deliver a score which can be used to compare it with other smartphones. 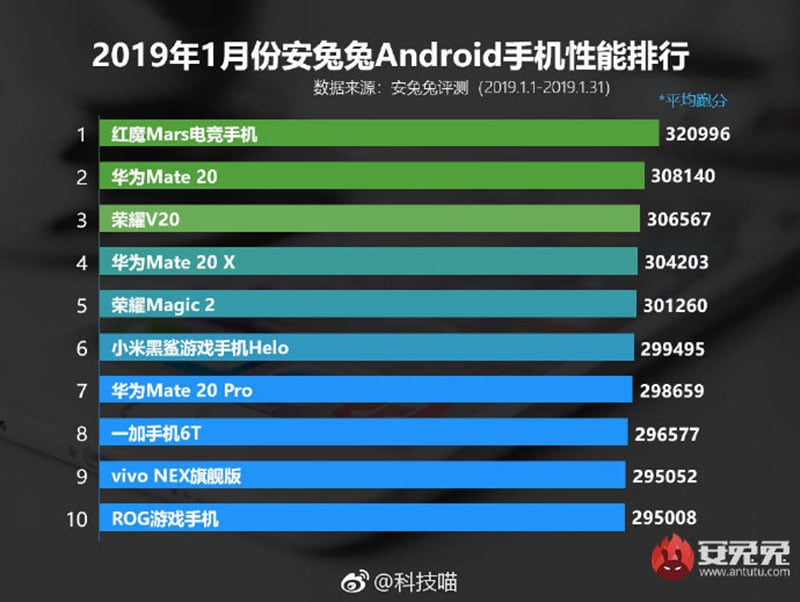 The OnePlus 6T is at the 8th spot, followed by the Vivo Nex S and the Asus ROG Phone.

It is worth noting that this list only contains phones that are officially available in the market. With Snapdragon 855 SoC powered smartphones expected in the market over the coming months, it’ll be interesting to see how this ranking changes.