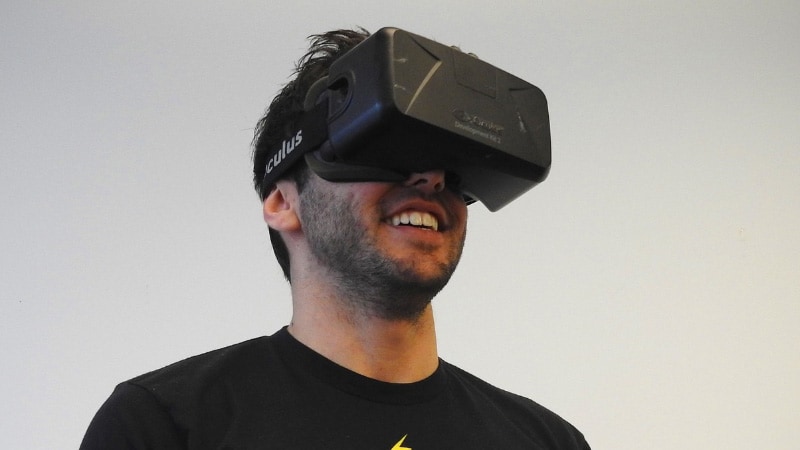 Though the VR hype isn’t what it used to be, Oculus is still going strong with improving tech that also makes the entry barrier lower and lower. A big example of that is building tracking right into the headset as we had earlier seen with the Oculus Rift. Now according to a leak it may seem that the next-generation Oculus Rift headset may be called the ‘Rift S’. The S would stand for the new inside-out tracking capabilities of the headset.

Originally reported by by Upload VR, new filenames were found in the Oculus’ PC application to support the new Rift S name. The report also claims that the new version of the application’s user interface code suggests that the unit will come with an in-built system of cameras and sensors.

With an inside-out tracking camera users will be able to position themselves along with their bodies into the 3D space without the use of external cameras or trackers. This makes it a lot easier to set up a VR system at some without accessory or cable clutter. This adds the possibility to carry the headset around to other locations and painlessly set it up.

It’s not mentioned whether the system will be wireless, but the possibility seems less likely as the Rift S is also reported to come with a better display resolution.

What can be confirmed is that it will definitely need an external computer for processing the images. A true wireless experience is not too far away as the company is also working on its wireless VR headset, Oculus Quest. For a more budget-friendly option there’s still Oculus Go.

NASA to Open International Space Station to Tourists From 2020

Game of Thrones Season 8 Is Preparing for Daenerys&rsquo; Turn Into...