Manchester United’s caretaker manager Ole Gunnar Solskjaer has reportedly reached an agreement with chief executive Ed Woodward over his long-term future at the club last week, with the Norwegian set to become the club’s new permanent boss at the end of the season.

Solskjaer travelled to popular Italian restaurant Cibo in Cheshire earlier this month alongside Woodward, just hours after he was laying a wreath at the club’s memorial which commemorated the Munich Air Disaster, where Bayern Munich chiefs Uli Hoeness and Karl-Heinz Rummenigge were also present. 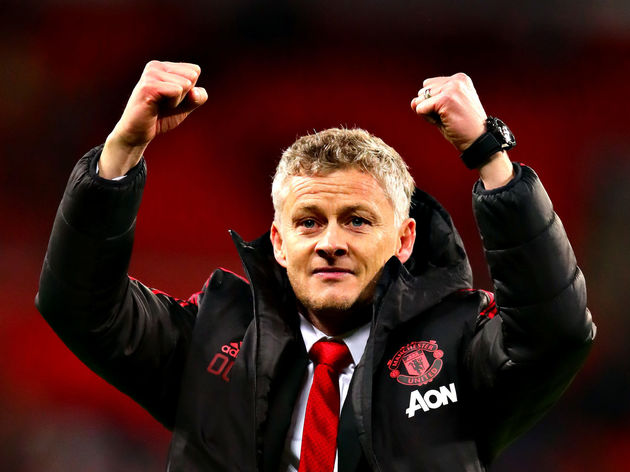 The Sun reports that during the meal Woodward shook Solskjaer’s hand, saying: ‘Here’s to a long and successful relationship together,’ seemingly confirming that a deal was struck for Solskjaer to become the next Manchester United manager, following his stunning start to his tenure at Old Trafford as caretaker boss.

Solskjaer replaced José Mourinho just before Christmas and enjoyed an 11-game unbeaten run with the Red Devils across all competitions, establishing United as serious top four contenders despite their early season struggles.

Although the Norweigan lost his most recent match against Paris Saint-Germain – a game which many believed was key for Solskjaer to get the job – a deal was reportedly struck six days before Les Parisiens visited Old Trafford.

Goals from Presnel Kimpembe and Kylian Mbappé proved to be the difference for Thomas Tuchel’s side last week, but Manchester United will be looking to respond in the only way they know how when they return to the pitch on Monday.

While the second leg of their Champions League knockout stage match is still some time away, the Reds will now be focusing on their future in the FA Cup when they travel to face Maurizio Sarri’s Chelsea.

The Blues have been able to dust themselves off somewhat after losing 6-0 to Manchester City last week, but Manchester United will know that Chelsea are still there for the taking at Stamford Bridge.

5 Points From Watford's Performance at Tottenham That Prove the Hornets...

Pompeo rips into China, urges ASEAN to trust in US

Nick Jonas set to return for Jumanji: Welcome to the Jungle...