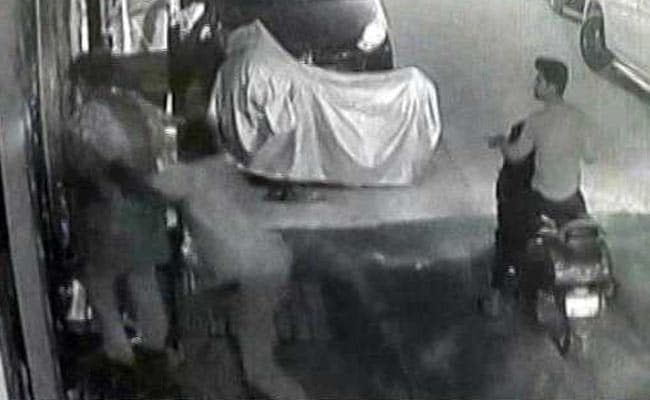 An elderly woman in Delhi was robbed by two men on a scooter just outside her home, in the latest incident of a daring crime in the national capital. The incident, which took place on Tuesday night, was caught on CCTV.

The woman, identified as Maya Devi, was returning home in East Delhi’s Laxmi Nagar area when the incident took place, the police said. She was right outside her door on a street where pedestrians were also seen later, when the men on a two-wheeler came along, the footage showed.

The scooter stopped and the man on the pillion seat got off. He approached the woman from behind and tried to snatch her bag away from her. The woman teetered along until she finally let go and fell to the ground. The men then fled from the crime scene, CCTV footage showed.

Soon after the incident, the woman called the Police Control Room but claimed a case wasn’t registered for the next two days. “The Investigation Officer and the beat staff did not bother to collect the CCTV footage. They did not even register an FIR and did so only after repeated requests and that too for theft,” the woman was quoted as saying by ANI.

The two men are still on the run and a departmental inquiry has been ordered against the beat officers for negligence by Deputy Commissioner of Police Jasmeet Singh.