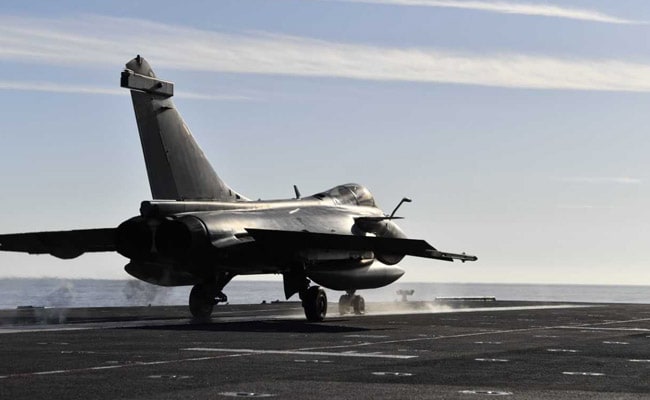 The Defence Ministry expressed its strong reservations to the “parallel negotiations” conducted by the Prime Minister’s Office with France on the multi-billion dollar Rafale fighet jet deal, according to a 2015 note accessed by The Hindu. The damning note provides fresh ammo to the opposition Congress which has relentlessly attacked the government, accusing PM Narendra Modi of signing an overpriced deal for 36 Rafale jets to help industrialist Anil Ambani.

The note – dated November 24, 2015 – that was reportedly brought to the attention of then Defence Minister Manohar Parrikar said the position taken by the PMO was “contradictory to the stand taken by Defence Ministry and the negotiating team.” The strongly-worded note, prepared by then Defence Secretary G Mohan Kumar, further states that “it is desirable that such discussions be avoided by the PMO as it undermines our negotiating position seriously.”

The note also says “we may advise PMO that any Officers who are not part of Indian Negotiating Team may refrain from having parallel parlays [parleys] with the officers of French Government”. It further says that “in case the PMO is not confident about the outcome of negotiations being carried out by the MoD, a revised modality of negotiations to be led by PMO at appropriate level may be adopted in the case.”

“Congress President @RahulGandhi had a simple question for you in Parliament Modiji, you chickened out and didn’t answer, did the defence ministry oppose your Rafale deal? Looks like we have the answer now… ,” the Congress tweeted today, citing The Hindu report.

The Rafale deal was announced in 2016 after PM Modi’s talks in Paris with then French president Francois Hollande.

The Congress contends that the government had finalised an overpriced deal to benefit Anil Ambani, whose firm Reliance Defence, despite lacking experience, was recommended as an offset partner for Dassault, the company manufacturing the Rafale aircraft. Both Dassault and the government have denied the Congress allegations.

Those allegations received a boost after Francois Hollande, in an interview last year, said that France had no role in the selection of Anil Ambani’s company for the offset clause.