OnePlus has announced it has started rolling out new software updates for its OnePlus 6 and OnePlus 6T smartphones. The OxygenOS updates are available over-the-air (OTA) and will reach a limited number of OnePlus 6 and OnePlus 6T owners today and the broader rollout will begin over the next few days – what OnePlus calls an incremental rollout. the OnePlus 6 is getting the OxygenOS 9.0.4 software update, whereas the OnePlus 6T will get the OxygenOS 9.0.12 version.  There aren’t any major changes on board. Still, you can expect to see the January security patch as well as system improvements.

According to an official forum post by OnePlus, both OxygenOS versions pack the same features, except the OnePlus 6T update, which includes added display optimisations. The updates will bring bug fixes, system improvements, deep integration with Google Duo, and January Android security patch to both OnePlus smartphones. The update is 138MB in size for the OnePlus 6T, whereas the OnePlus 6 update is 143MB. 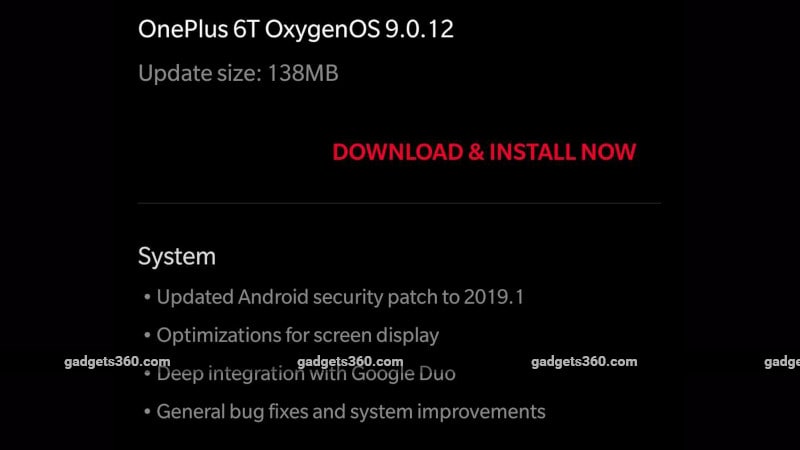 Has OnePlus 6T removed the best features of the OnePlus 6? We discussed this on Orbital, our weekly technology podcast, which you can subscribe to via Apple Podcasts or RSS, download the episode, or just hit the play button below.

Realme C1 Variants to Be Launched Soon on Flipkart, With a...

Afsos Review: We Regret to Inform You That This Amazon Series...