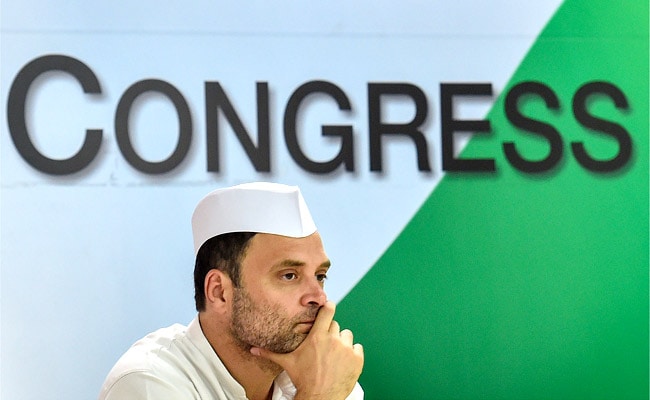 “Will the Gandhis really go?” asks a very senior Congress leader who has been a minister multiple times. I have never seen him so anxious even when important matters of state seemed to be going south.

This panic coupled with the party paralysis is what forced Rahul Gandhi to go public with his lengthy resignation letter. Gandhi swiftly changed his Twitter bio as well to remove “Congress President” in a giant hint to the party to get on with it.

But with the entire Gandhi family, mother plus two children in active politics now and having served before that as a three-pronged fulcrum, the Congress does not seem to know just quite how to get on without a Gandhi as its official head. This is the first time in the history of the Congress that the entire Gandhi family is in politics, so for the dynasty to not be front and centre of the party is paradoxical and causing a meltdown for its ranks.

I spoke to several senior leaders and some Gandhi family confidantes before writing this column; they confirmed the family does not want to be involved with selecting a new president. This is to ensure that the new chief is not seen as a Gandhi family prop.

While both Sonia and Priyanka Gandhi tried hard to dissuade RG from exiting as President, he stuck to his guns. He reportedly told them, “Do you want me to look ridiculous by going back on my decision? I am done with this.”

While RG has shored up his political credibility in his often shoot-and-scoot politics by not reneging on his decision, his determination has put the spotlight on the dire state of the Congress organisation.

Gandhi is still angry as was evident in his letter: he squarely took the onus of the general election defeat but made the point that other leaders should also take responsibility for the party’s plunge. As I had first reported here on June 7, RG wanted his resignation to be tipping point for a Kamraj Plan 2 with senior leaders owning up to their role in the Lok Sabha debacle and quitting their posts to allow for a huge revamp.

But except for some youth Congress leaders and some minor secretaries, none of the senior leaders budged. Rajasthan Chief Minister Ashok Gehlot, who lost all 25 seats in his state, said that Gandhi’s letter was inspirational – interesting, since it certainly did not inspire him to quit.

Gandhi also wrote that he felt he was fighting Modi alone. And this, coupled with losing his traditional seat of Amethi, made up his mind for him. Sources close to him say that he no longer wants to be the fall guy for what are also party failures.

Sonia Gandhi has also told patty treasurer and closest aide Ahmed Patel that she would not like be be involved in selecting the new president.

So what next for the Congress? Senior leaders fear that the party will split. Obvious choices such as Punjab Chief Minister Amarinder Singh, 77, has said a young person should make the cut. Sushil Kumar Shinde, also 77 and a Dalit leader, can be a stop gap choice but ideally the party should have real elections for their president and all members of the Congress Working Committee or CEC.

Currently, barely six members of the CWC are actually elected MPs, the rest are Rajya Sabha members, some who last contested an election 35 years ago.

Sachin Pilot, Deputy Chief Minister, Rajasthan is a contender as RG’s replacement but senior leaders are wary of giving power to a politician who is perceived as ambitious and his own man. Pilot would like his rival Gehlot to be made President so that he gets his dream job of Chief Minister but Gehlot is unlikely to agree.

Gandhi wanted to trigger Kamraj 2 to ensure an organisational election. But even now, with the Gandhis having cut the umbilical cord, senior leaders are desperate to avoid elections. They want a sort of presidium of five to six leaders to form a committee and run the Congress. A CWC meeting has been called for July 10 where RG’s resignation will be accepted and the new deal worked on. Significantly, the Gandhi family will not be attending as they will be abroad for a private visit.

Says a young Congress leader, “This copying of the Communist party politburo will be another disaster, you can’t do politics by committee. When this party refused to listen to a Gandhi, why will any leader listen to this toothless committee?”

The divide between younger leaders and seniors is now all too apparent. Earlier Sonia Gandhi would intervene and ensure that Rahul listened to her, now the Gandhi buffer is gone.

One senior leader said that if the party chaos continued for a while, perhaps Priyanka Gandhi would agree to become President. The party lives in hope of a Gandhi crutch.

Important state elections are due in Haryana, Maharashtra and Jharkhand in three months. Rather than preparing for them, the Congress lurches around headless, zombie style, while the BJP is busy launching membership drives and campaigns.

The contrast between a party at its peak and in tatters has rarely been starker.

(Swati Chaturvedi is an author and a journalist who has worked with The Indian Express, The Statesman and The Hindustan Times.)